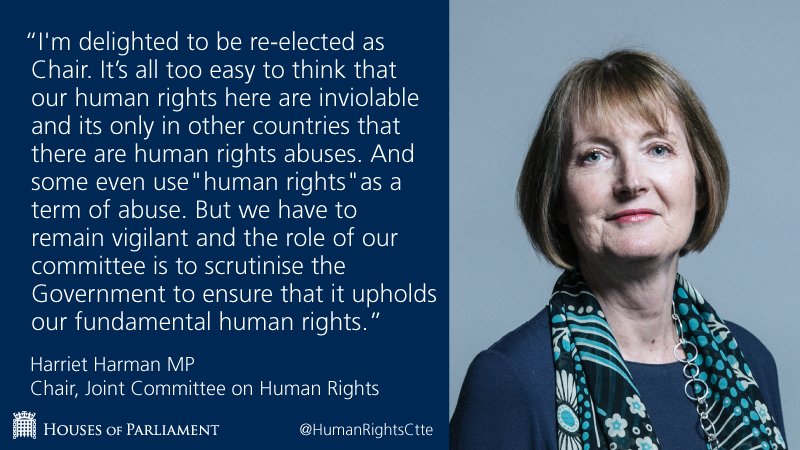 Following nominations and elections among MPs, Ms Harriet Harman has been elected Chair of the committee for the 2017 Parliament.

She was the sole nomination for the position and was therefore declared elected, unopposed.

Ms Harriet Harman will formally take up position as chair of the Committee in the next meeting.

"I'm delighted to be re-elected as Chair of Parliament's Human Rights Committee.

It's all too easy to think that our human rights here are inviolable and its only in other countries that there are human rights abuses. And some even use "human rights" as a term of abuse.

But we have to remain vigilant and the role of our committee is to scrutinise the government to ensure that it upholds our fundamental human rights."