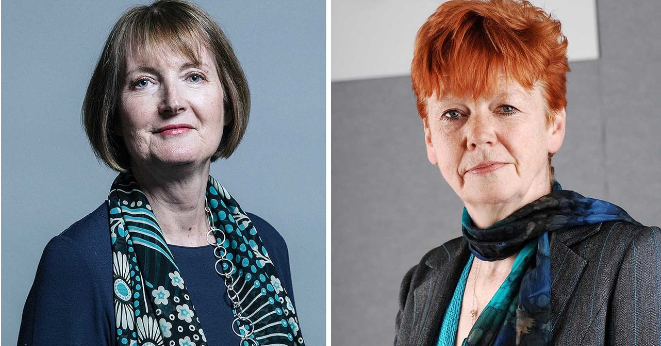 Two senior legal figures are challenging the attorney-general and the new lord chancellor over claims that the law is protecting rape complainants from being questioned at trial about their previous sexual history.

Two former solicitors-general, Harriet Harman, QC, an MP who served as deputy leader of the Labour Party, and Dame Vera Baird, QC, now a police and crime commissioner, accuse Jeremy Wright, QC, and the then lord chancellor David Lidington of using “completely flawed” research to claim that the law is working as it should.

In a letter issued today, Harman and Baird say they are seeking a meeting with the Wright and Gauke for an explanation of how the research was relied on and to suggest how the law could be improved.

In 2016 Wright and Lidington commissioned research into the workings of section 41 of the Youth Justice and Criminal Evidence Act 1999, which prevents the use of sexual history by the defence to discredit the complainant unless the judge agrees.

The case of the footballer Ched Evans, who was acquitted of raping a 19-year-old woman, led to concerns that the rule was being breached.

The study looked at 309 rape cases and found that in 92 per cent, no evidence of the complainant’s sexual history was permitted to be introduced by the defence, and applications to do so were made in only 13 per cent of cases.

However, in their letter, Harman and Baird say they are “disappointed and baffled” by the research report and accompanying statement.

They say that it fails to challenge the findings of other evidence about the use of section 41 and that it cannot be accurate because the Crown Prosecution Service does not require its prosecutors or caseworkers to note if a section 41 application is made. Any application at the start of or during a trial is unlikely to be recorded because in most trials there is no CPS caseworker present and no requirement for the prosecuting barrister to report.

“The numbers in your report are therefore not based on anything which could be regarded as reliable. Yet on this basis you conclude the law is being correctly applied and does not need amending,” they write, adding: ”We seriously challenge this.”

The cite a proposed Domestic Violence and Abuse Bill as an opportunity to amend the legislation. They also question why the research report included trials involving “guilty pleas” because there would be no point in a section 41 application by the defence in such cases.

In a statement to the Commons in December, Wright said: ”These findings strongly indicate that the law is working as it should, and strikes a careful balance between the need to protect complainants and ensuring that defendants receive a fair trial, consistent with the common law and Article 6 of the European Convention on Human Rights.”

However, he added: “Whilst this is reassuring, we want to do more to provide vulnerable victims, and the public at large, with complete confidence in our criminal justice system.”