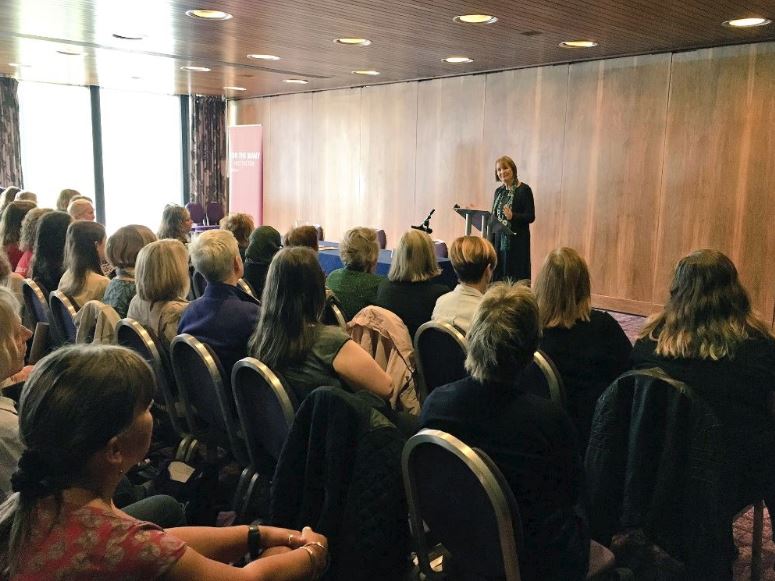 Speaking to Labour women from across the North of England today at Newcastle Labour Women’s event on “The importance of women in politics”, Harriet Harman MP will say that the House of Commons must introduce a system of baby leave for MPs.

There are now more women MPs - 208 - and MPs are younger.  So this issue is now pressing. Since 2010, 17 babies have been born to women MPs yet there is no system of leave.

In a paper which she has submitted to The Speaker’s Commons Reference Group on Representation and Inclusion which meets next week, Harman proposes a comprehensive system of leave and cover for women and men MPs who have a baby:

*That the MP should be able to nominate another MP to cast her vote when she is on leave.

*That the MP should be able to nominate a full time paid “maternity cover” representative for her work outside the Commons.

*And that baby leave should apply to babies born to MP fathers as well as mothers.

“Women have babies - that is a fact of life. Women are in Parliament - that’s a democratic imperative. The baby needs time with the mother, the mother needs time with the baby and the constituency needs to be properly represented at all times. We need a proper system of baby leave to square that circle. It’s long overdue.

“It is not right when we as MPs set the rules for employers that we ourselves remain in a “pre-maternity leave” era. When I was first an MP in 1982 there were only 3% woman MPs and most people thought maternity leave for MPs was irrelevant.   Now there are 208 women MPs - 32%.   And MPs are getting younger.  The reality is you cannot be on call for your constituency or voting when you are in labour.  And you should not have to be on duty when your baby is only a few weeks/months old.  But the constituency must have a representative at all times.  There needs to be a proper system of leave and cover. At the same time as the number of women in parliament has increased, the expectations of fatherhood have changed.  We have long argued that fathers need the opportunity to spend time with their new born baby.  Yet the parliamentary system itself makes no acknowledgement that men MPs are also fathering babies and indeed some male MPs carry on “business as usual” when they have a baby. That is not acceptable and Parliament needs to set a proper example on leave. During my 35 years as MP I’ve had 3 children. 18 months leave for 3 babies during 35 years work doesn’t seem too much to ask.”