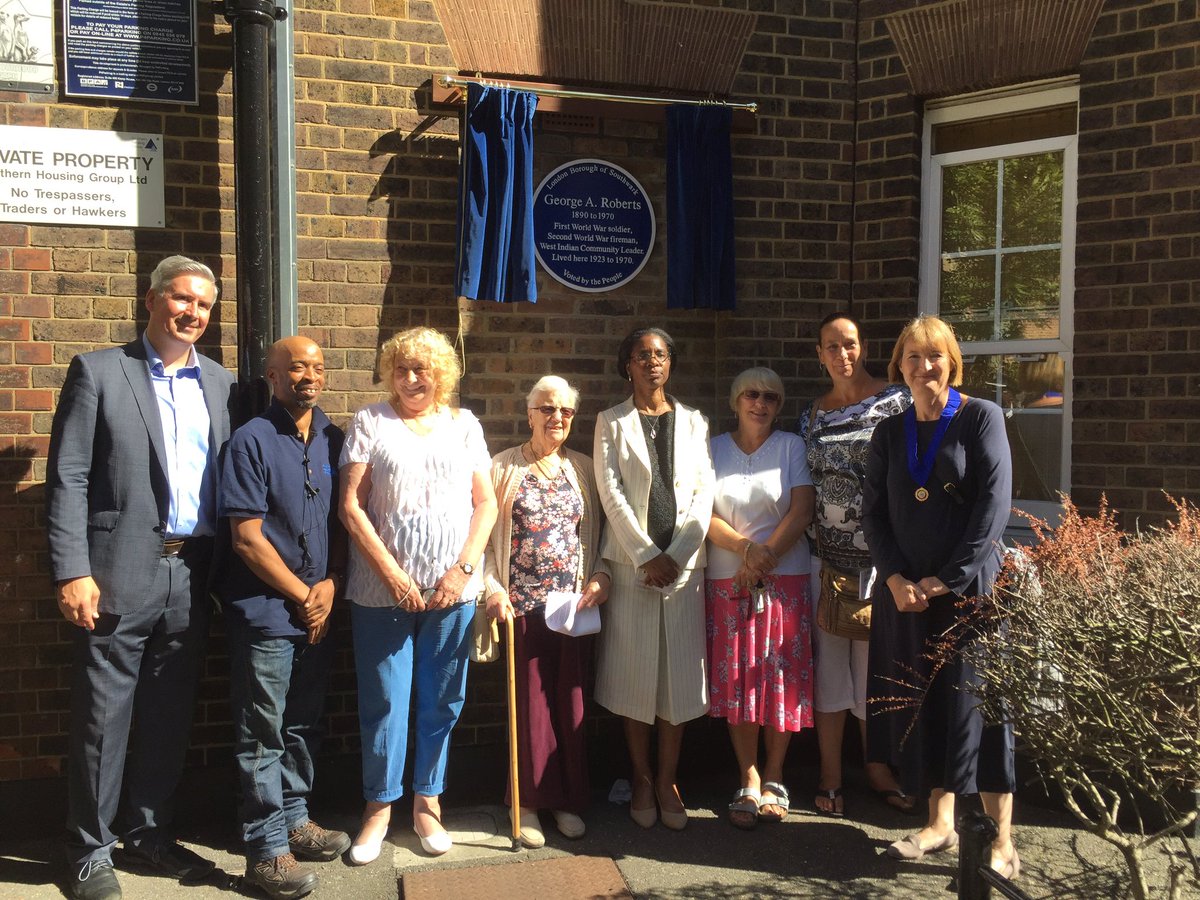 It was a privilege to attend the blue plaque unveiling and honour the life of radical, hero, civil rights activist George Arthur Roberts 1890-1970.

Born in Trinidad in 1890, George Arthur Roberts served in the First World War and went on to become a firefighter throughout the Blitz and rest of the Second World War.

In 1944 he was awarded the British Empire Medal “for general duties at New Cross Fire Station” and for his part as a founder and pioneer of the Discussion and Education groups of the fire service.

He was wounded first at the Battle of Loos, and then in the Battle of the Somme. After the war he settled in London firstly living in Peckham and then Camberwell where George and his family lived for almost 50 years.

A former electrical engineer, in 1939 George completed his training with the fire service and in 1943 became a section leader.

In 1931, George was one of the founder members of the League of Coloured Peoples, one of the first organisations to take care of the needs of Britain’s black community. 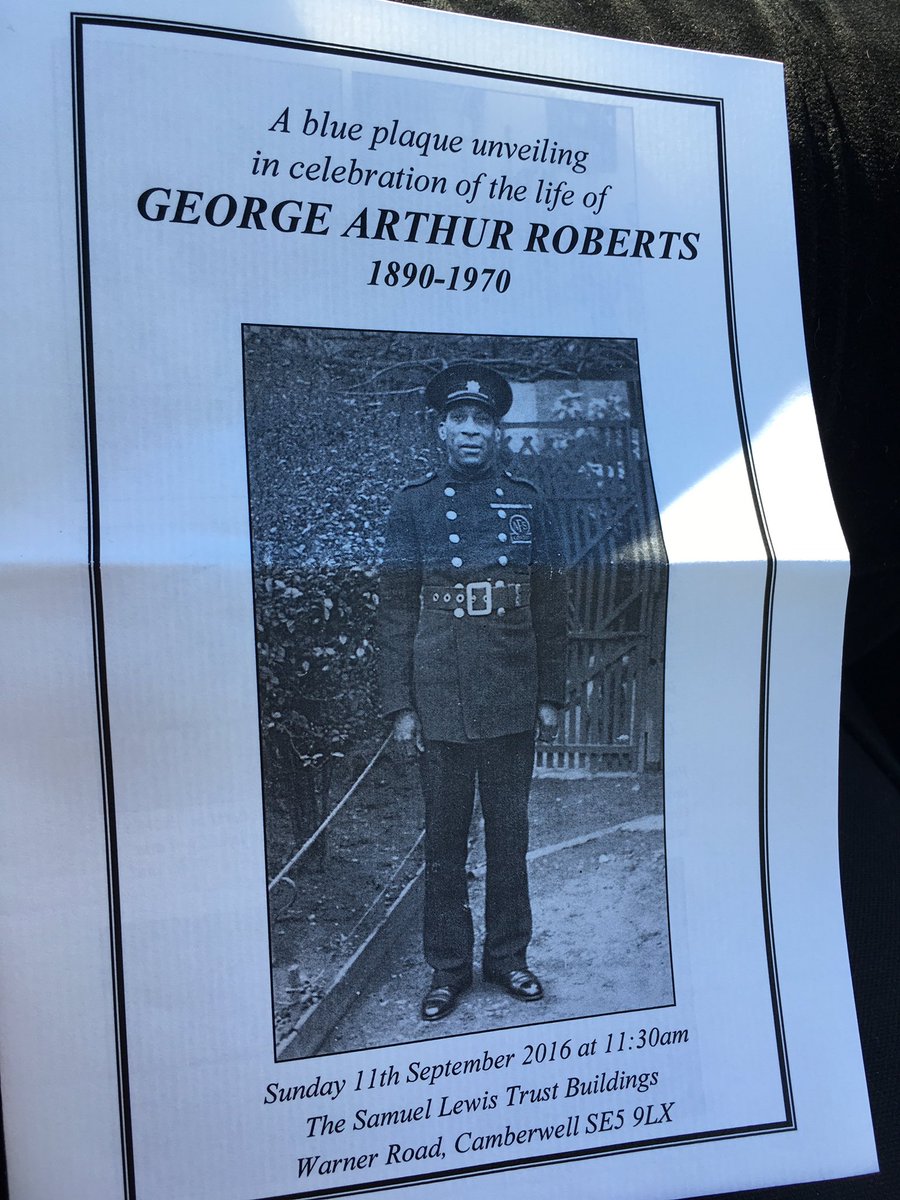 The Blue Plaque scheme was set up to recognise the borough’s rich history.