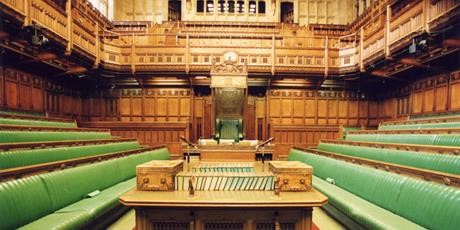 On Thursday 8th November Parliament will be holding the first ever Women MPs of the World Conference in the Chamber of the House of Commons, attended by UK women MPs and women MPs from every parliament in the world, as part of our events to mark 100 years since the first women in this country won the right to stand for election.

Women have fought their way into nearly every parliament in the world.  But it’s not enough for us just to be there, we want to exercise power on equal terms with men in parliament and make a real difference for women in our countries.  As only relatively recent arrivals, women MPs are still pioneers in male dominated parliaments.

It’s always hard to make change if you are just a small minority.

At this historic conference we will get together to share our experience, our successes and setbacks. We’ll determine to fight yet harder to get equality for women in our countries.  We’ll make links so we can work together in the future. We’ll strengthen our resolve to fight the backlash against women in public life and to get yet more women into parliaments.

The women MPs of the world will be bringing all their ideas and experience to London to share with us and each other. Imagine how it will look when the green benches of our House of Commons are crammed with women from over 100 countries from Sierra Leone, to Nigeria, Pakistan, Kenya, Indonesia, Colombia and New Zealand - all looking very different from how our Commons usually looks.

I will be eager to hear what they are doing in their countries as they push forward for women.  Many of them are drawing up new rules to deal with sexual harassment in parliament.  In India they are using a Girls’ Parliament to ensure girls get the idea that politics is for women too.  The Girls’ Parliament is elected and has its own PM and cabinet!  This is a brilliant idea and I’m going to propose to the All-Party Parliamentary Group on Women in Parliament that we set one up in the UK!  One of the issues we’ll be discussing at our conference will be how we get more women elected as MPs.

Our countries are very different but as women parliamentarians our goals are the same.  We want equality for women and nothing less.  The sisterhood is global and this will be a historic event.

Members of the public and community organisations are being invited to the public gallery to watch the debates.  So put the date in your diary..!