Press release: Government must step up and give Southwark Council cash it needs for Ledbury 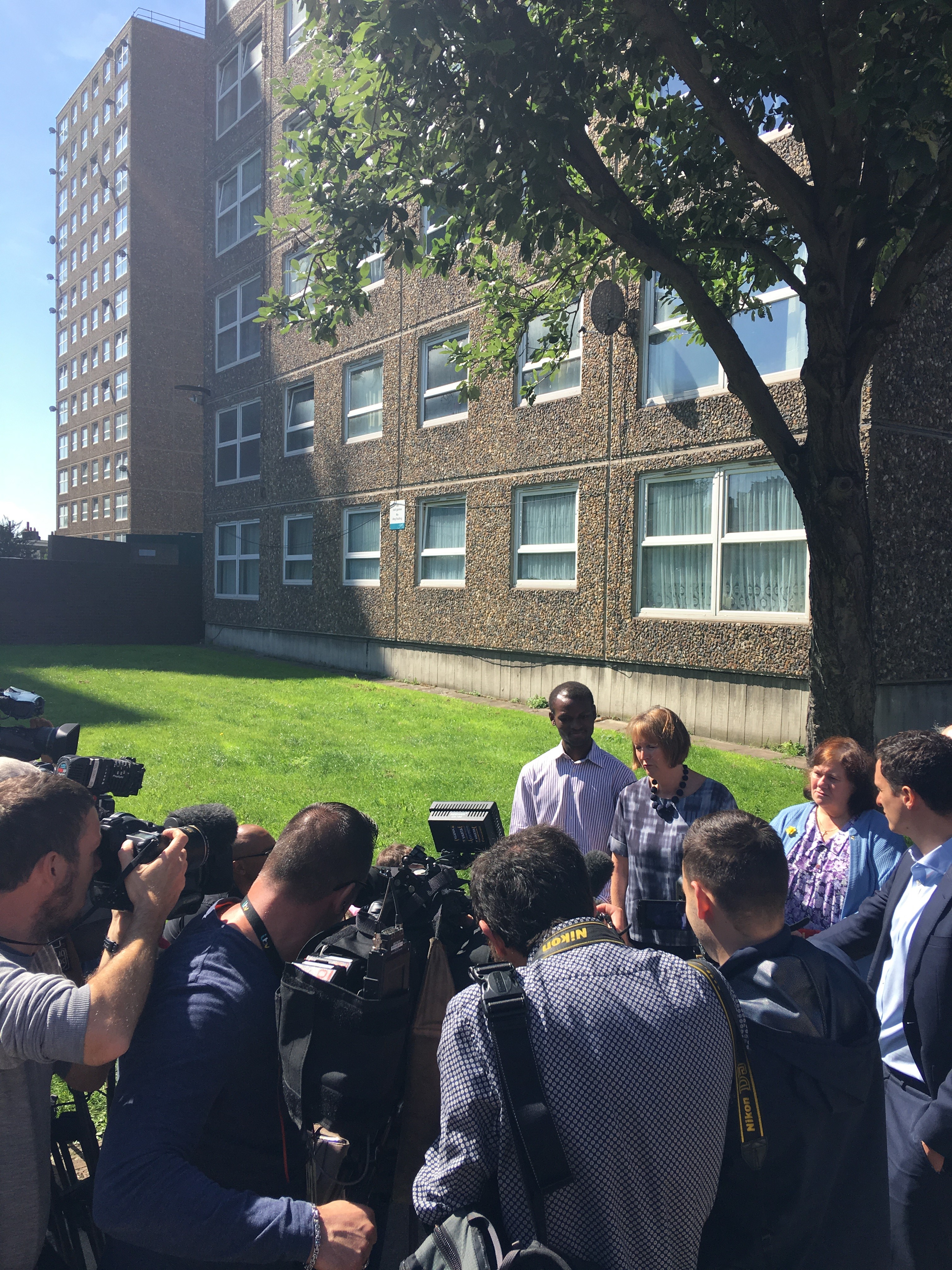 After talking to worried residents on the Ledbury Estate in her constituency of Camberwell and Peckham this morning local MP Harriet Harman said:

“The residents of the tower blocks on the Ledbury are facing complete disruption to their lives and many of the residents I spoke to this morning are worried sick about what's going to happen.  Ledbury is a settled community where generations live together and help each other.  Elderly residents are looked after by their children and grandchildren, grandparents look after the grandchildren while the parents are out at work.  People work locally and their children are in local schools and everyone is now uncertain about whether they'll have to move, where to, for how long and how they'll cope.  People are taking time off work to deal with their rehousing and losing money.  One woman had planned to go on holiday tomorrow - a treat for her retirement - and now doesn't know whether she should go.

“It is an awful situation but the council are working hard to ensure that every individual resident is helped.  They are sorting temporary accommodation, permanent accommodation and even hotels and compensation for the costs people are facing.

“The council have assured me that they will refurbish the Ledbury Tower blocks and they will continue to be council flats.  They are not going to sell them off.

“The council are doing their best and it’s time for the government to step up to the plate.  The government has cut Southwark Council’s grant by half in the last 7 years.  They must give them the cash they need to deal with this.  I and the other Southwark MPs Helen Hayes and Neil Coyle have been pressing the government to give the council the money they need.  So far it’s just been evasion and obfuscation and no commitment on cash.  The council will pay the cost for the Ledbury refurbishment and rehousing.  But they must not be forced to take the money away from other important major works projects.  Tenants and residents in other estates have been waiting for important improvements and Ledbury mustn’t mean that they have to wait still longer.  And nor should the burden fall on leaseholders who've already been faced with big charges.  I welcome that the council has told the Ledbury leaseholders that they won't have to pay for the major works that are now underway.

“I'd like to pay a big tribute to Jeanette Mason and the Ledbury Tenants Association.  Like so many tenants reps, Jeanette works tirelessly, unpaid, for her local community.

"I'd like to thank the local councillors, Richard Livingstone, Evelyn Akoto and Michael Situ and the council staff who are there on site and will be working over the weekend.  They are dedicated and caring and determined to do their best for the council's residents in such a dire situation.

“We will need to find out why, when the block has been subject to so many investigations and reports over the past decades, that it was not until the last few hours that the council was told that the blocks are not safe for their gas system.  Why has this not been the advice that the council received over the last decades”.