Today in Parliament I urged the Prime Minister, Boris Johnson and the Foreign Secretary, Dominic Raab, to do all that is possible to rescue UK nationals, including Camberwell and Peckham constituents stranded in Kabul.

The UK has a moral obligation to evacuate those who worked with and for us and called for a generous refugee resettlement. Read my speech in the Afghanistan debate below and click here to watch.

Courageous Afghan women are standing their ground. If the Foreign Secretary wants to help, don't just speak to men. Pick up the phone to those women, ask them what we can do and then do it! 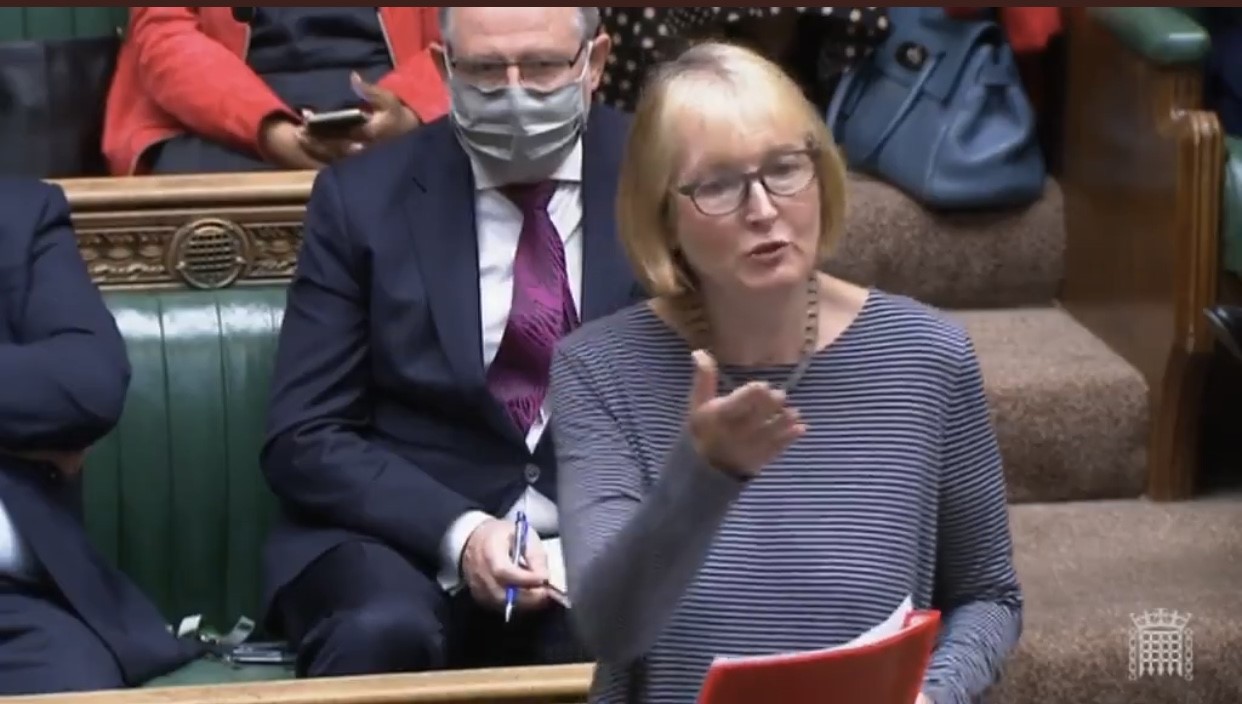 It is an honour to follow the Father of the House.

I strongly agree with what was said by the Leader of the Opposition and by the right hon. Member for Maidenhead (Mrs May), who speaks with the experience of having served as Prime Minister. I particularly agree with what she said about the threat of terrorism and the need fully to reinstate our aid budget, the issues for NATO and the proud legacy of our troops.

We have all looked on in horror as the events in Afghanistan have unfolded. I join everyone who is urging the Prime Minister and the Foreign Secretary to do everything they can to help UK nationals, including my constituents, who are stranded and in hiding in Kabul, desperately needing to get back home to the UK. We urgently need to evacuate those who worked with us, who thereby feel that they are vulnerable and to whom we have a moral obligation. The Government are setting up a refugee resettlement programme. I urge them to make a realistic and generous assessment of the scale of the need and to work with all local authorities that want to play their part in giving a warm welcome to those who are fleeing. The Government also need to work, of course, with NATO countries and more widely on an international resettlement programme.

We need to think about those who cannot or do not want to leave, particularly women and girls. When the Taliban were last in control, there were literally no girls in school. Now—at least, up until the Taliban took over again—40% of schoolchildren are girls; over the last 20 years, there has been a whole generation of girls who have been educated, and a whole cohort of young women who have been able to work and want to continue to do so.

When the Taliban were last in control, there were no women in public life—no women to speak up for other women. Women were silenced. Now there are 69 women Afghan MPs. Indeed, three years ago, one of them—Elay Ershad—came to this Chamber to speak from the Front Bench while participating in our Women MPs of the World conference, and was welcomed by the former Prime Minister to No. 10 Downing Street. The President has fled but Elay is staying in Kabul with her daughters, in solidarity, she says, with her people. What courage. The Afghan army has retreated, but so many Afghan women are standing their ground. All those women politicians and activists are determined not to let the progress of the last two decades be crushed. They now face great jeopardy. I know that the whole House, the Prime Minister and the Foreign Secretary will express publicly our solidarity with and admiration for Afghan women MPs, who, as parliamentary pioneers—having stepped forward into public life to make a reality of democracy for that half of the population of Afghanistan who are women and girls—are now, in the face of such an uncertain future, determined to protect and defend those rights.

As to what we can do, I would say: do not just listen to the male leaders about what we need to do for women. I say to the Foreign Secretary, do not just speak to the men; pick up the phone to those women Afghan MPs, ask them what we can do to support women and girls in Afghanistan, and then do it.