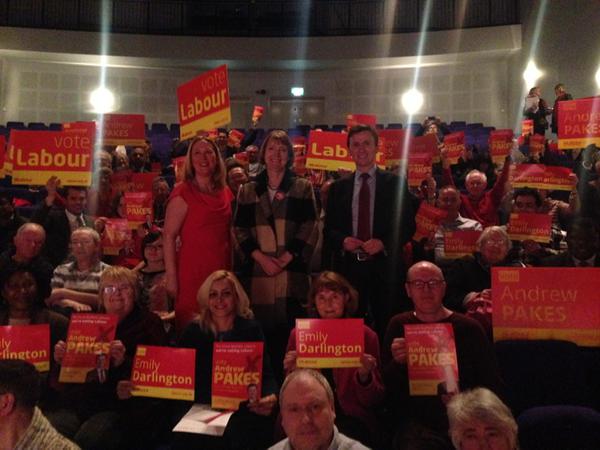 Today Andrew Pakes, Labour Candidate for Milton Keynes South launched his General Election Campaign at the Venue Theatre at Walton High. The event was attended by members and supporters from across the constituency including Milton Keyes North Candidate Emily Darlington as and Councillor Pete Marland, Leader of Milton Keynes Council. Andrew Pakes would be a great asset in Parliament to the Labour Party but also to Milton Keynes – standing up for the people of his home town. He would be the first MP for Milton Keynes who grew up in in the borough.

I spoke about the importance of this General Election. Since the Tory-Lib Dem Government came into power 5 years ago people are £1600 worse off. We need Labour in Government so we can address the concerns of people in the Milton Keynes and make real difference to their lives – including on childcare, on jobs, on energy prices and protecting the NHS.