As we approach the 100th anniversary of women gaining the right to vote, it's painfully obvious how much more work there is to be done 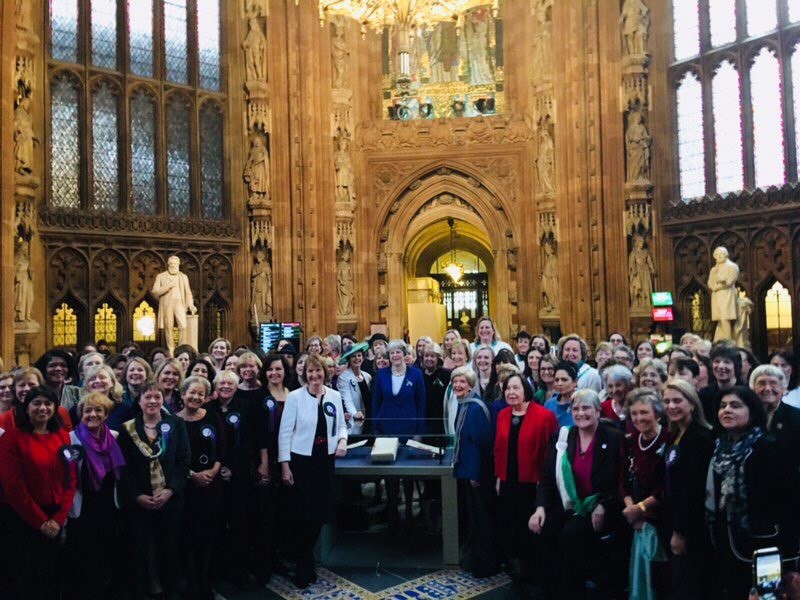 100 years after women won right to stand for UK Parliament - there are now over 200 women MPs.

My article in the Independent - 5th February 2018:

My mother, born in 1918, could vote. But when she was growing up, women’s exclusive focus was to be on the husband and family. Women who worked were women who hadn’t achieved their ‘primary purpose’ of marriage and children. How much have we really moved on?

The spirit of the women who fought for the right to vote was rooted in the revolutionary belief that women were not second class citizens, not inferior to men and should not be subordinate to men.

Their campaign was met with vilification and violence, with imprisonment and force-feeding. When you demand equality and change, no one says, “Oh that’s a good idea, we’ll change everything we’ve been doing for the past centuries.” They resist.

To fight for equality always was, and still is, to confront conventions and the establishment. And they fight back. It’s only women’s persistence and solidarity which makes change.

For each generation, there is further to go. The suffragettes won the right to vote. My mother, born in 1918, could vote. But when she was growing up, women’s exclusive focus was to be on the husband and family. If women did work it was only for “pin money” or they were women who hadn’t achieved their “primary purpose” of marriage and children. If a man beat his wife then she’d probably brought it on herself and, anyway, it was a private matter and right for him to keep her in order.

One hundred years ago, women won the right to be elected to Parliament. But in the ensuing decades, it seemed that there was an invisible glass ceiling which kept the number of women MPs at around 3 per cent. My generation – I’m 67 now – were determined not only that women should have the right to sit in Parliament but that they should be there in equal numbers to men.

We wanted to use the rights won a century ago to make change. And to do that we had to be in Parliament and in government. We wanted to work as well as have children. But maternity pay and leave was rudimentary, pregnancy discrimination rife, part-time work undervalued, pay unequal and childcare non-existent. We got rid of the vow to obey our husbands but have yet to get a marriage vow of equality in the home and an equal share of child-rearing.

We have won the argument for change. But the battle still is to make that a reality. It’s accepted that high-quality, affordable childcare is good for children and parents. But women and men are still tearing their hair out trying to get the nursery place they can afford for the hours they need.

It’s against the law now to discriminate against part-timers. Yet the women working part-time as they bring up young children are completely marginalised at work.

Fathers have the right to paternity leave but few can afford to take it up.

Domestic violence is recognised as wrong and a crime. But still two women every week are killed by a current or former husband or partner. And refuges are being shut after austerity cuts.

We must celebrate the incredible advances previous generations have made. But as we recognise the battles they fought and won, we need to regather our strength and determination for further battles. We can’t stop yet. The job’s not yet done!