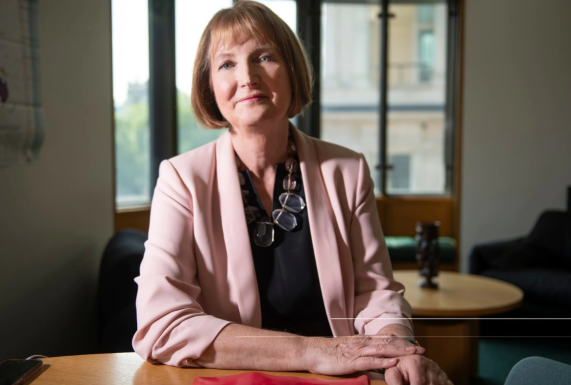 Today in parliament there was a brief - and rare - moment of cross party delight!  Leader of the House of Commons, Andrea Leadsom announced that, at last, MPs will have baby leave.

2 weeks for men and 6 months for women when they can, if they choose, vote by proxy.

Until now MPs’ babies have been invisible to parliament’s procedures. The rules were for a Parliament that was for men (93% men when I was first elected in 1982) while their wives looked after their families so they could decide the affairs of state.

The handful of women that there were in the House either had no children or their children had grown up. So I shrouded my 3 pregnancies under tent-like maternity dresses and depended on the whips to grudgingly grant me permission to be off when I was in labour and in the weeks after. I either had to be in the Commons wracked with guilt about my tiny baby or at home wracked with guilt about my constituents.

Fast forward to now. There are more women - now 32% of MPs.  And they are younger. Last year 4 babies were born to women MPs. And the men have changed too.  Many of the younger men have been brought up by feminist mothers and believe that they should respect their wife’s work and play an equal part in the care of their children. The sons of the women’s movement are now in all parties.

Broadcasting of TV means that you don’t have to be in the chamber to see our debates. Though we set the rules for maternity and paternity leave, we still have no rules for ourselves. New mothers and fathers can be excused from the vote. But you’d have to go and ask your whips’ office and they’d have to get agreement with the other side’s whips. You wouldn’t have to come in to vote but your vote would not be counted.

New MP fathers or mothers (and those who are adopting) will be able to choose a fellow MP to cast their vote for them.  It’s long overdue. It’s 100 years since women won the right to sit in Parliament - and 31 years too late for me!  But we have a new crop of Brexit babies on the way.  Tories, Chloe Smith and Suella Braverman are expecting as are Labour’s Emma Reynolds and Luciana Berger - who’s due soon. Tulip Siddiq has just had baby Raphael. She should be able to vote on Brexit decision day next week without having to bring him in.

Getting change in an ancient institution like Parliament is hard.  We’ve all worked together.  MPs who’ve been there for years have joined forces with the new intake. MPs from all parties have worked together.  Men MPs have backed up the demands of women. Tomorrow we’ll no doubt be back to the shouting and jeering of Prime Minister’s Questions.  But just for a brief moment we can savour a small united step as MPs move parliament into the 21st century.