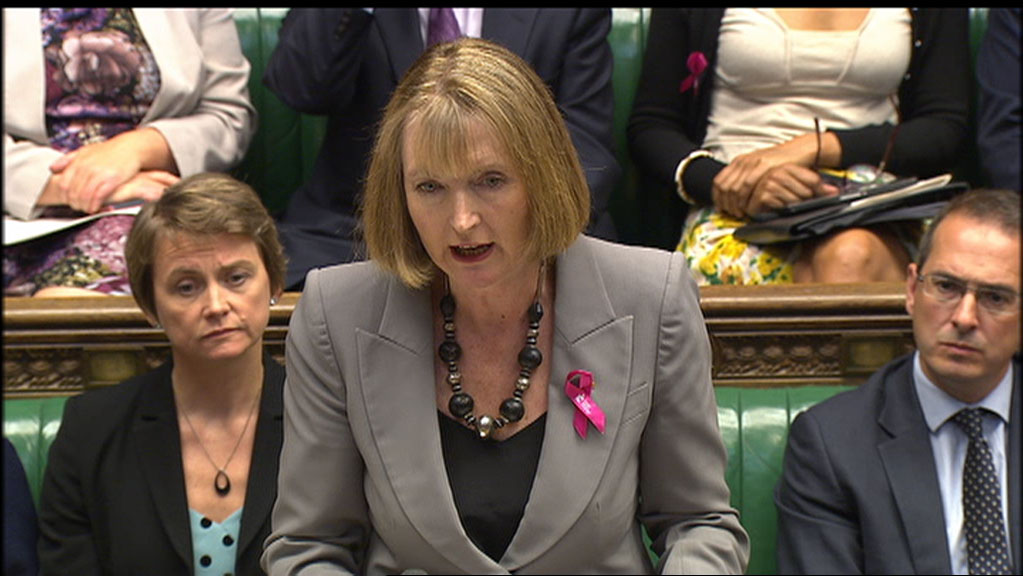 Today I challenged Nick Clegg on the Lib Dem’s record in Government. Without the Lib Dems voting with the Tories in Government we would not have had the bedroom tax, tax cuts for millionaires, trebling of tuition fees and the dismantling of the NHS.

The Deputy Prime Minister: At the election, there were 600,000 more people in relative poverty than there are now. There were 300,000 more children in relative poverty, 200,000 more pensioners in relative—[Interruption.] I know that Labour Members do not what to hear this, but the right hon. and learned Lady seems to think that we lived in a world of milk and honey before 2010 and that all the problems in the world were created by this coalition Government. Manufacturing declined three times faster under her party’s Government than it did under Margaret Thatcher. Inequality is now lower than at any point since 1986. We are a Government who have sorted out her mess, and done so fairly.

Ms Harman: Once again, the Deputy Prime Minister has shown that he will say anything to defend the Government and that he is completely out of touch. The reality is that without the Liberal Democrats, there would be no VAT hike, no trebling of tuition fees and no dismantling of the NHS. No one is fooled by the Lib Dems’ attempts outside this House to distance themselves from the Tories. The public know that this Government have not got a heart, and the right hon. Gentleman is making a mistake if he thinks the public have not got a brain and do not realise this. That is why no one will trust the Lib Dems again.

The Deputy Prime Minister: I will tell you what I think is heartless and incompetent—going on a prawn cocktail charm offensive to the City of London in the run-up to the last election and allowing the banks to get away with blue murder. The banks blew up on the right hon. and learned Lady’s watch because they did not

heed our warnings that they were getting up to irresponsible lending practices. I will tell you what is heartless—crashing the British economy and costing every household in this country £3,000. I will tell you what is heartless—giving tax cuts to very, very wealthy folk in the City and making their cleaners pay higher taxes through income tax. Come next April, we will have taken over 3 million people on low pay out of income tax—the majority of them women. That is fair; and it is something we did that she did not.