In Ipswich over 200 Labour members, Councillors, MPs, MEPs and Parliamentary candidates gathered for the Eastern Region Conference ahead of the General Election in May 2015.

After conference opened I had the chance to talk about Labour’s policies, Labour’s politics and Labour’s people and I also got the opportunity to award Ralph Raynor his well-deserved merit award. 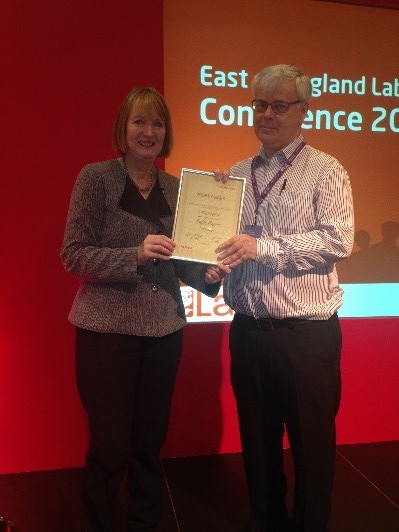