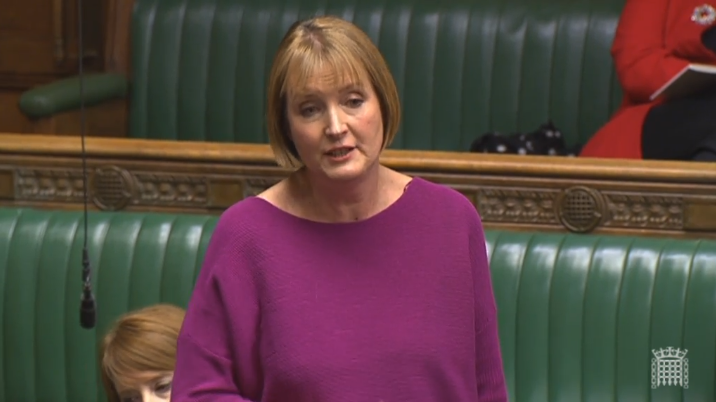 This afternoon I spoke in Parliament to praise Carrie Gracie, former China Editor at the BBC, for the principled stand she has taken in denouncing unequal pay on behalf of women not just in the BBC and broadcasting but in workplaces up and down the country, I demanded the government to reverse the cuts of almost 70% to the Equality and Human Rights Commission to ensure they have the funds to tackle the pay discrimination which is now laid bare.

From April 2018 all organisations with more than 250 employees will be required to publish their gender pay gap every year. The exposure of the persistence and extent of the pay gap will anger women employees. But it is important that this information is the spur for change, empowering women to demand change, rather than just increasing the justifiable resentment which women feel.

-It is crucial that a woman at work is able to see clearly how the pay gap in the organisation for which they work compares with other similar organisations.

-It is crucial for women to be able to track the progress their organisation is making in narrowing the pay gap year on year.

-It is crucial for the government and local government to see the regional pattern of the pay gap.

The Equality and Human Rights Commission has the responsibility to monitor this, to ensure companies publish their pay gaps and to set targets for companies to close the gap. But in order to ensure that the EHRC are able to carry out this important task and right this wrong, it is vital that the government gives them the money they need.

You can read my full statement below or watch the debate here.

I think what we should be doing today is to be thanking Carrie Gracie for the principled stand she has taken. She has done this on behalf of women, not just in the BBC, not just in broadcasting, but women throughout the country who suffer pay discrimination. As a broadcaster and as a journalist she is exceptional, but as a woman facing entrenched pay discrimination, I’m afraid she is the norm.

He rightly says that when it comes to the transparency, the requirement to publish the pay gap, which is in the 2010 Equality Act, it’s for the regulator, the Equality and Human Rights Commission, to police that, to monitor it, to make sure companies publish and to set targets that they close the gap. But, will he commit that this Government, in order to ensure that they are able to carry out the important task, to remedy this discrimination, that they redress the cuts of up to 70% that have fallen upon the Equality and Human Rights Commission?

This is a pivotal moment. We need the Equality and Human Rights Commission to be able to do their job. They need the funds to be able to ensure we right this wrong.

Well, I pay tribute to the leadership that the Right Honourable lady, in Government and since, on this issue, because making sure that equality of opportunity pervades our country is important, and that means gender equality too. She’s rightly been an outspoken voice in favour of gender pay equality and equality across the board.