EU Withdrawal Bill will give Government ‘power to bypass Parliament’ 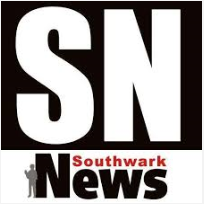 The Government has no idea what they’re doing and they want to muddle through behind closed doors when actually it would be better for them to face up to the fact that Parliament’s involvement will make a perilous situation better.

It is a fact of life and often in politics that you wish you weren’t starting from where you are and that’s exactly how I feel about Brexit.

Despite the fact that there was a strong remain vote in my constituency and in Southwark, by a small majority the result of the Referendum was to leave. I remain bitterly disappointed that this was the result and I am very much concerned about the future.

In the lead up to the Referendum I knocked on doors in my constituency and all around the country, urging people to vote to stay in the EU. I felt so strongly about it I even went on a Remain campaign bus with the Tory Prime Minister David Cameron (which I never thought I would do!)

Our campaign was branded ‘project fear’ but as it turns out we weren’t exaggerating – the problems we are facing are far worse than even we predicted – labour shortages including in the NHS, food prices going up at a time when people’s wages have stagnated for years, trade being hit yet further when we’re still struggling following the global financial crisis and not to mention the cost of holidays in Europe rising sharply because of the fall in the value of the pound.

Theresa May was supposedly against leaving the EU (though she didn’t do very much for the Remain campaign that I or anyone else noticed) – and now she is leading a calamitous government that is talking about being happy to leave the EU without any deal in place whatsoever.

I and my Labour colleagues are deeply worried about the prospects for protecting jobs, workers’ rights, environmental protections and fairness for EU citizens living and working here who are so important to our NHS, construction industries and universities.

Now the Government want us to vote through a Bill which would give the Government the power to bypass Parliament. Despite all the rhetoric in the Referendum being about “taking back control” – the EU Bill would take power from Brussels, not to give it to our democratically elected House of Commons but to give it to Ministers without any accountability to Parliament. As Labour’s Shadow Brexit Secretary Keir Starmer has said this is “an unprecedented Government power grab” and that is why I and my Labour colleagues voted strongly against it.

The Government has no idea what they’re doing and they want to muddle through behind closed doors when actually it would be better for them to face up to the fact that Parliament’s involvement will make a perilous situation better.

This is all unprecedented – no country has left the EU before, no country has ever turned its back on its largest trading bloc.I together with fellow Labour MPs will be looking to protect the country as best we can David Cameron, who called the Referendum, has got a lot to answer for and will because of this probably go down in history as the worst Prime Minister this country has ever had.

Published by Southwark News on 15 September, 2017