Human rights should not be a bargaining chip for Brexit 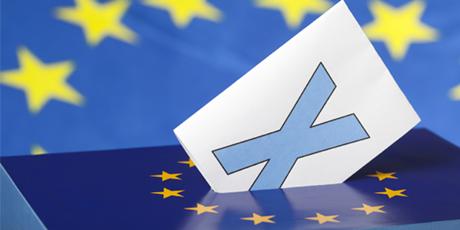 The Joint Committee on Human Rights today releases its report on the human rights implications of Brexit. The Committee calls on the Government to give an undertaking to protect the residency rights of EU nationals in the UK.

While many fundamental rights are underpinned by EU law, the Committee says that it is not clear whether the Government intends to remove any rights which UK citizens currently possess under EU law - and, if so, which rights are under threat. The Committee demands that any future legislation should include safeguards and Parliament should have the opportunity to debate, amend and vote on any proposed changes to fundamental rights.

It is estimated that there are currently 2.9 million EU nationals resident in the UK.

The Secretary of State for International Trade Liam Fox has reportedly described EU nationals in the UK as one of the "main cards" in Brexit negotiations and Minister for Human Rights Sir Oliver Heald told the Committee that the Prime Minister was seeking an "early agreement" on the status of UK nationals in Europe and EU nationals in the UK. He confirmed that the Government’s view was that to agree a unilateral position on the issue would not be helpful.

"The Government must not use human rights as a bargaining chip. Moreover, the Government will continue to have obligations under Article 8 of the European Convention on Human Rights, as we set out in our Report. The UK Government could not deport the large numbers of EU nationals currently in the UK.

"In the unlikely and unwelcome event that the Government sought to deport EU nationals there could be the potential for significant, expensive and lengthy litigation leading to considerable legal uncertainty for a prolonged period of time. These cases would have the potential to clog up and overwhelm the court system."

The actual position of such individuals is underpinned by the Human Rights Act and will depend on length of residence and other factors, but Government intentions for both UK and EU citizens remain far from clear.

Under Article 8 of the European Convention on Human Rights (ECHR), individuals are entitled to respect for their private and family life and home. However, these rights are not absolute and do not provide the same protections as offered by EU law, and restrictions on them can be justified in certain circumstances where they would not be under current EU law.

However, even with restrictions it would not be possible for the Government to establish a rule that would allow the deportation of EU nationals merely on the grounds that they had only been resident for a fixed period of time. Other factors such as family connections and the residence rights of children would be relevant and each case would need to be considered on its own facts.

How to protect fundamental rights in the future

The Committee recommends that the Government should set out a full and detailed list of fundamental rights currently guaranteed by virtue of the UK’s EU membership and what approach it intends to take towards them.

It further recommends that:

The question of how fundamental rights will be enforced going forward will also be of central importance.

The EU has included human rights clauses in trade agreements for many years. The Committee recommends that when the UK exits the EU, and enters into trade agreements with other states, the Government should, at the very least, ensure that standards included in current agreements are maintained.

"Any dilution of human rights standards would be extremely undesirable. There is an argument to be made that if the UK enters into any new agreements, this is an opportunity to raise standards."