Britain’s energy market is broken. Energy prices have risen by 90% in real terms in the last 15 years. The Competition and Markets Authority estimates that collectively customers are overpaying for their energy to the tune of £1.4 billion.

The market is not competitive - 85% of households buy their energy from one of the ‘Big Six’ and Ofgem, the energy regulator, revealed in a report in March 2017 that over 3 million people are not on the cheapest available tariff – which was 22% cheaper than the average person’s bill.

Most families, are on a Standard Variable Tariff (SVT), one of the most expensive of all the energy tariffs available. SVTs leave families additionally exposed to unjustifiable price increases. Npower raised its prices by 14% last month alone! A price increase ruled as “unfounded” by Ofgem.

I’ve written to the Prime Minister Theresa May and Business Secretary Greg Clark with 216 colleagues from all parties urging the Government to take immediate action to help consumers. Copies of these letters can be found below.

Last week, the Prime Minister announced in her speech at Conservative Party Conference that the Government will introduce a cap on the price of Standard Variable Tariff deals and it is expected that a draft bill will be presented in the next few days. I will continue to work with my Labour colleague to put pressure on the Government to make sure that any final bill matches up to the Conservative’s promises at the last election. 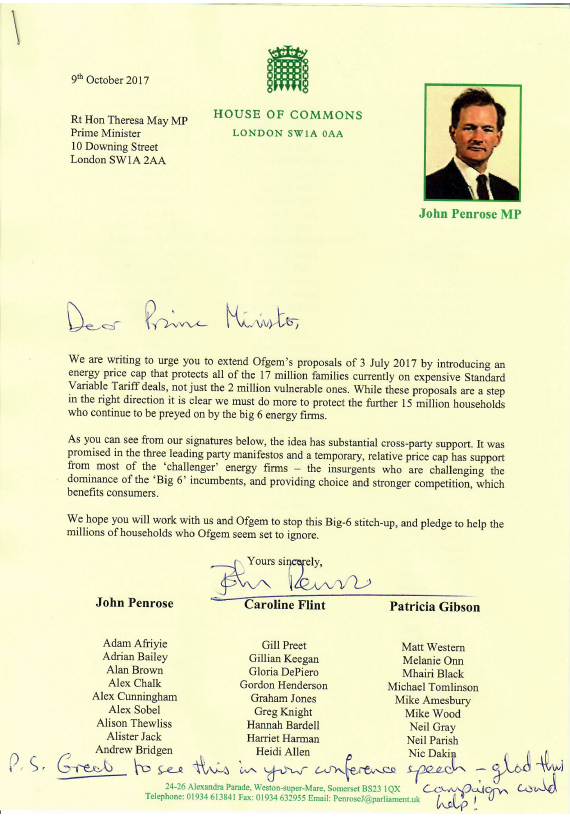 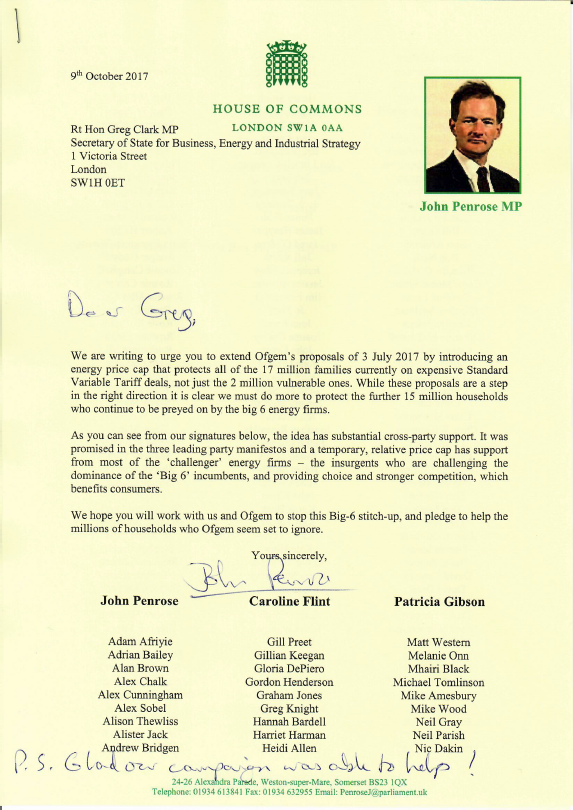