It's 35 years too late for me, but MPs must get baby leave 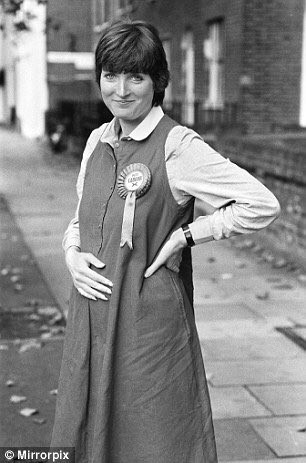 Today MPs will have the chance to debate, and vote, to bring in a system for baby leave for women and men in Parliament.  We set the rules for maternity pay and leave for people at work.  We’ve legislated for paternity leave and pay.  But for MPs ourselves there is no system at all.  It used to be the case that there were hardly any women MPs (only 3% when I was first elected) and those women who were in Parliament were older and either didn’t have children or their children had grown up. Now there are over 200 women MPs - in all parties - and many of them are young.  It’s a normal sight now to see a pregnant bulge in the Division lobby.  Since 2010 17 babies have been born to women MPs. No-one thinks there’s anything wrong or unusual about that.  Yet the issue of what happens when they go into labour and in the early weeks and months of their child’s life is swept under the Commons’ green carpet.   And it used to be the case that for the men MPs their babies were entirely a matter for their wife.  I was in a Committee discussing a Bill when one MP’s pager buzzed and he announced “point of order I've just had a baby”.  We all said “hear, hear” to congratulate him and then he, and the Committee carried on!  Nowadays most men want to be there for the birth of their child and play a part in those early weeks and months.  And that goes for the many new, younger men in Parliament in all parties too.

Erskine May, the bible on parliamentary procedure, says nothing about MPs having babies.   Nor do the Standing Orders of any of the parties in Parliament. So when a woman is pregnant, a colleague will tell her to go to her Whips, tell them she’s pregnant and ask for time off.  That was an ordeal for me 35 years ago.  I didn’t want to ask the Whips for a “favour”.  I didn’t want to be beholden to them.  I didn’t want to discuss my pregnancy with men who I knew thoroughly disapproved of a pregnant woman being in the Mother of Parliaments at all. I imagine it was even harder for a man MP to ask the whips to be off votes for a baby.

The attitudes in the whips offices are now lightyears from what they were and they arrange a “pair” for an MP who needs to be off.  This is where your whips agree for you to be off the vote and they get the other side’s whips to allow one of their MPs not to vote so the party balance of numbers remains.  But there’s still no system or rules to rely on.  You shouldn’t have to ask. It shouldn’t need 2 whips offices to agree.

And there’s one further major problem with the current situation. When you are off with a baby your vote is not recorded. Your constituency is voiceless. The record shows that you just weren’t there, that you abstained. It looks, from Hansard, like you just couldn’t be bothered to vote.  Social media resounds with the criticism of MPs who didn’t vote on this or that key issue.  The campaigners have no way of knowing that the MP was in labour at the time the vote was called.  The newspapers hound MPs for falling down on their duties.  Manchester MP Lucy Powell (who is probably our most hyperactive MP) was denounced by The Sun as one of the laziest MPs in Parliament when she missed votes having her baby.

And the constituency shouldn’t lose its voice if their MP is giving birth or has rushed to attend his wife’s labour.  The MP's vote is the way the view of that constituency is recorded.  That dilemma faced the new MP for Bury North, James Frith.  His wife had given birth a matter of hours before a vital EU vote.  He could have asked for a pair.  But then it would look to all the world like he’d not bothered to turn up. So he did vote but it would have been better if he’d been able to cast his vote by proxy.

That is why women and men MPs from all parties have joined me, Tory Maria Miller, Lib Dem Jo Swinson and SNP Hannah Bardell, in asking the Commons to agree on Thursday - that MPs should be entitled to apply for a proxy vote for a period after they’ve had a baby or adopted a child.  So when a vote is called another MP votes for them. There’s no scope for abuse. Whether you’ve had a baby or adopted is a matter of fact.  There’s a reluctance to change rules in Parliament. But on this, Parliament itself has changed. It’s long overdue for the rules to change to catch up. It’s 35 years too late for me but better late than never!