It's time to end the injustice of indefinite immigration detention - Speech 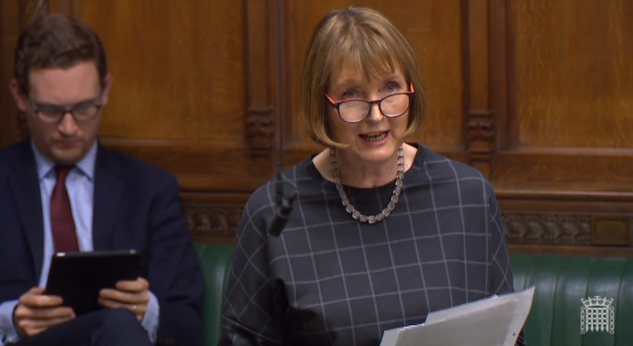 This Bill repeals the law relating to free movement and brings EEA nationals and their families under the general UK immigration control.

When EEA nationals and their family members become subject to our immigration laws they will be required to have leave to enter and to remain under the 1971 Immigration Act.

The government have said that the 3m EU citizens are “our friends, our neighbours, our colleagues and we want them to stay.” They will only have to register that they are existing residents.

No one doubts the government’s sincerity on that but that is, of course, what was said to people of the Windrush Generation and everyone now acknowledges that terrible mistakes were made by the Home Office and people who had been here for years were wrongfully detained as illegal immigrants.

So it’s right as we subject 3m EU citizens to our immigration system, that we should at this point ask ourselves whether we’ve learnt the lessons from the Windrush cases and that we do not repeat those injustices on EU citizens.

In our inquiry into immigration detention it was clear to the Joint Committee on Human Rights that there are 2 problems which need to be addressed:
1 - the lack of independence in the detention decision and
2 - indefinite detention

But for someone who the Home Office suspects of being in breach of our immigration laws, there is a complete absence of independence in the decision-making.

A civil servant - nameless/faceless - behind closed doors can tick the box to detain you. The first you’ll know about it is that there’ll be a banging on your door in the early hours of the morning, you’ll be bundled into an immigration enforcement van and taken to a detention centre.

With no independence in the decision-making and with no scrutiny or accountability, mistakes are inevitable. Those we get to hear about are probably only the tip of the iceberg. But we do know that £21m was paid out by the Home Office in just 5 years to compensate for wrongful detention.

And terrible mistakes are certainly what happened with the Windrush cases.
It is routinely said that they were unable to prove their residence here. That is not the case for the detainees we saw. We looked at their Home Office files (which the Home Sec was good enough to release to them) and it was not that there was no evidence of their residence here. There was masses of it. Including records of National Insurance Contributions going back to the 1970’s. If there had been any independence in the decision-making these people would not have been detained. Yet they were detained not once but twice - the papers on their files ignored, the pleas of their families swept aside.

After the right to life, the right not to be unlawfully detained is one of the most important human rights.

It should not be the case that you have fewer protections from wrongful detention as an immigrant than you would if you had actually committed a crime.

We should ensure that in future no-one is detained unless the decision is taken independently. The Home Office must make their case. But someone independent must take the decision if you are to be deprived of your liberty.

The Joint Committee on Human Rights will put forward an amendment to this bill to that effect and we hope that the Government will agree to it.

Another of the deplorable aspects of our immigration system - which under this Bill EU citizens are now to be subject - is that there is no time-limit when you are detained. You are taken from your home, or your workplace and you have no idea whether you’ll be in the detention centre for a day, a month, or a year.

Evidence to the Joint Committee on Human Rights identified the indefinite nature of the detention as one of the most cruel aspects of it.

The Criminal Justice System imposes time-limits at every stage of detention. From the first bringing before a magistrate to the sentence which sets out the time in prison.

But the Home Office can hold you in immigration detention indefinitely.

The Joint Committee on Human Rights agrees with the Hon Member for Royal Sutton Coldfield (Andrew Mitchell); for Beaconsfield, (Dominic Grieve); Leeds Central, (Hilary Benn); Normanton, Pontefract and Castleford (Yvette Cooper); and Haltemprice and Howden (David Davis) that there should be a time limit of 28 days on immigration detention.

And we will bring forward an amendment to the Bill which lays down that if the detainee is not deported by this time then they should be released or they should be brought before a judge where the Home office could apply for a further 28 days.

We hope that the Government will accept this amendment which has widespread support in the House. Including from SNP, Lib Dems and DUP and the Labour frontbench.

This is not a party issue. The Labour government should have ended the scandal of indefinite detention - but we didn’t.

Here in the UK we pride ourselves on our commitment to human rights - so how is it that indefinite Home Office detention has been a feature of our system for so long.

I suspect one of the reasons is that it used to be only a very small number of people, exceptional cases, where immigration detention was used. In 1993 there were only 250 detention places. Now every year about 27,000 people are detained.

Unaccountable, arbitrary, indefinite detention is a human rights abuse. It is a cruel anomaly in our system and I hope the government will use the opportunity of this bill to end it. It is long overdue.