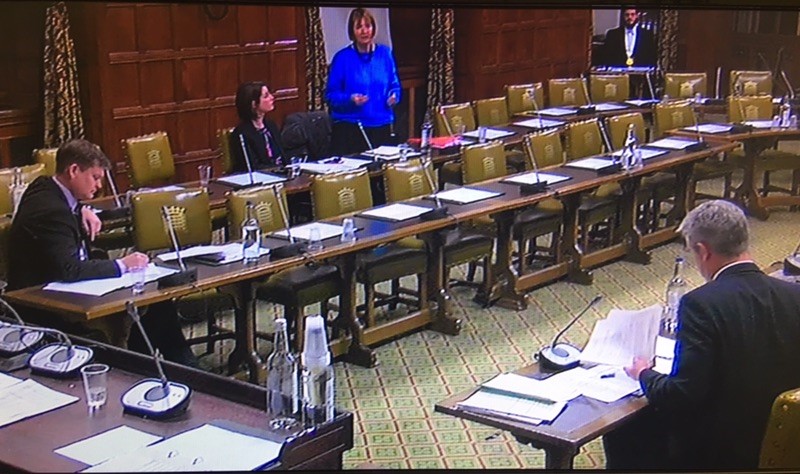 King’s College Hospital is enormously important. It is a centre of international excellence and of local necessity. It sits at the heart of GP services, social care services and mental health services. It is a pivotal part of the local community and we are proud of the 15,000 dedicated staff who are on the frontline 24/7 including treating victims from the Westminster and London Bridge terror attacks and Grenfell Tower fire. On 16th January 2018 I spoke in Parliament to demand the government give King's the resources it needs to protect patient care and to make it clear to everyone at King’s that we are on their side and want to help them, not make an example of them.

I thank my hon. Friend the Member for Dulwich and West Norwood (Helen Hayes) for introducing this debate. She has proved herself a real champion for her constituents. She fully recognises and champions King’s College Hospital, which many of her constituents need to use and where many others work. She is my constituency neighbour, and my constituents find themselves in the same situation. King’s is enormously important. It is an organisation of international excellence but also of local necessity. It sits at the heart of GP, primary care and social care services, and of mental health care services, both at the Maudsley Hospital and in the community. It is a pivotal part of the local community.

I will confine my remarks to two key points. The first is about the tenor of the debate. I hope Members do not treat King’s like a recalcitrant teenager who has overspent their allowance, or argue that its managers, chair or board are somehow profiting or salting away public money into offshore tax havens. King’s is doing its very best, in good faith, and all its people want to provide the very best service they can. That must always be at the heart of our debates. A tone of blaming King’s sometimes creeps in, but we should be grateful to it and thank it. On the deficit, it may be inconvenient for the Government to see figures with “King’s” written next to them going in a particular direction, but they should understand what is going on there, not tell King’s off as if it is at fault. It is doing one thing, and one thing only: trying to provide the very best care to people who use its national specialties, to regional referrals and to local people who need it. Let us always start on the footing that it is doing its best and that we are grateful to it for that.

My second point is that we need always to concentrate—I do not mean this in a cheesy way—on actual people. I baulked when I heard the Prime Minister talk about cancelled operations being “part of the plan”. Please, let there never be a plan with cancelled operations as part of it. Let us think of the situation for people. For anyone who has an operation booked, there are all sorts of things around that operation. Quite apart from the fact that it screws up their confidence and courage, they have to get time off work and, if they have a young family, their mother-in-law might have to book time off work, too, so that she can come and stay when they go in to have their operation.

An operation looks like one little entry in the Department of Health computer, but for the individual concerned, quite apart from the psychological effect of gearing themselves up for an operation and then finding it cancelled, everything is organised around it. We must not mess people’s lives around by assuming that cancelling an operation, of all things, is normal and can be used as a management tool. I hope that the Minister says that that is not at all what the Prime Minister meant, and that we will not manage our hospitals by booking operations and then cancelling them.

We must remember the human impact of longer waiting lists and cancelled operations. Someone’s hip replacement operation being postponed might be the ​thing that ultimately causes their job to be given to someone else. They might take sick leave and then take more, and their manager might finally say, “We’ve tried our best, but we just can’t carry on like this. We’re going to have to get somebody else in.” People lose their jobs while they are waiting for hospital treatment. Prompt treatment allows people to get on with their lives. An elderly person who is waiting for a cataract operation, for example, will not go out much, because they cannot see. They will not have the confidence to go out and meet their friends. If the operation is heavily delayed, by the time they have it they may have lost their social circle, lost what they do and become de facto housebound. For every single person who has to wait or whose operation is cancelled, there is a human cost. It is important to focus on that.

There is also the question of accident and emergency. I have watched the TV programmes and have visited King’s A&E on numerous occasions. The odd person is there just because they want to spend four hours sitting somewhere, but most people are there because they have had an accident or they have an emergency. They might have tried to find somewhere else to be seen, but they are there, and they are worried. They are often in pain, and they often have worried relatives with them. We must not drift back to the situation we had before 1997 under a Tory Government. I remember that well. People routinely spent all night on trolleys in King’s accident and emergency. I know what that situation was like, and we must not drift back to it. That would be really unfair on people. In this day and age, when much of the hospital has been rebuilt, we should not go back to that situation.

I hope the Government recognise people’s concerns. I hope that they are generous not just with their money but with their commitment to King’s; that they help it to go forward; and that they do not talk euphemistically about savings. Everyone knows what cuts are—cuts are when more people are coming through the door and there is less money per person. I thank Bob Kerslake for his work as chair, and I am disappointed that, because of the circumstances, he felt he could not stay on. I will meet the new interim chair shortly, but I hope that everyone at King’s—the staff, the management and the chair—feels that the Government are on their side and want to help them sort out the situation rather than blame them, make an example of them and talk about King’s as if it is anything other than the wonderful hospital we believe it is.