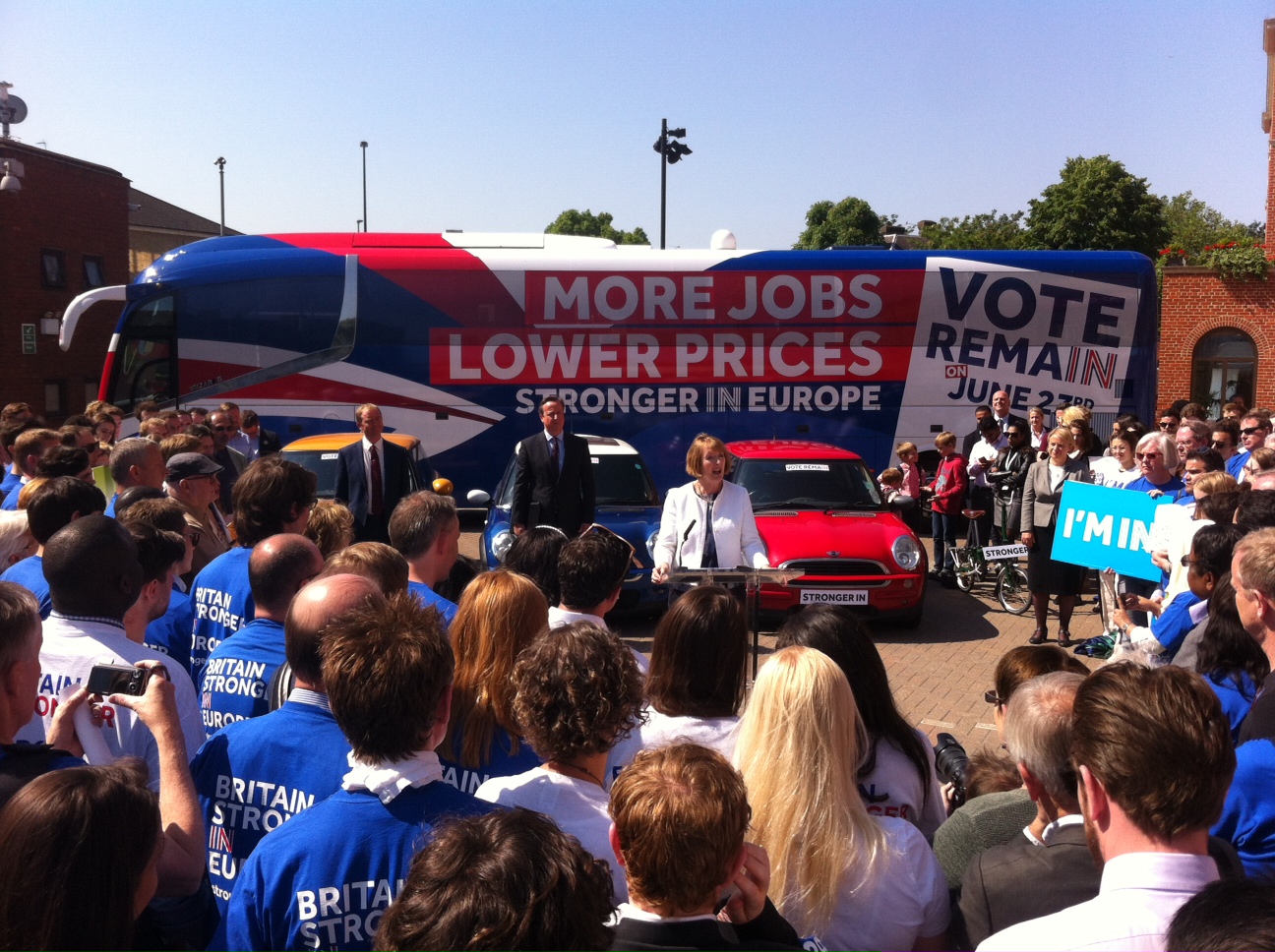 Thanks Tim.  I strongly believe that it is in Britain's national interest that we remain at the heart of the European Union. I want the people who back Labour to know why Labour backs us being in the EU.

I've been a dyed in the wool member of the Labour Party since I was in my twenties - and, believe me, that was not recently.  I joined Labour because it's the party that hates inequality, and unemployment and unfairness and loves the NHS and wants opportunities not just for some, but for everyone.    It's not surprising that Labour supporters have struggled to catch a glimpse of why Labour backs the EU as the media has been dominated by the row in the Tory party.

But let me say why Labour is convinced The UK is better In.

Because we're in the EU, businesses here can attract investment which creates jobs.

Because we're in the EU, we can sell what we make, and our services, in every other EU country.

And that has meant our economy has grown and there have been more jobs.

Because we're in the EU, people have better rights at work.  The EU guarantees those rights.  It's the EU that made our governments pass laws to ensure employers give paid holiday, paid maternity leave, rights for part-timers.  So long as we're in the EU no Tory government can try and take those rights away.

And let me say what a risk it would be to jobs, and to rights at work, if we came out of the EU.  And I'm not going to be put off by people calling it "Project Fear".  I am fearful about jobs, and women's rights at work, and I make no bones about it.

The leaders of the campaign that wants us to leave the EU say that they can't guarantee that people wouldn't lose their jobs - but it's a risk worth taking.  But it's not their jobs at risk.  We need more jobs not fewer. Let's not make getting a job harder.

And I'm fearful about our rights at work if we left the EU and so are the Trade Unions - and with good reason. Look at the leaders of the leave campaign.  They never fought for your rights at work - they've fought against them.  They say they want to get rid of the "social chapter" and cut "red tape" and scrap regulation.  They're talking about your right to paid holiday, your maternity leave, your paternity pay.  We need better rights at work, not to have to start fighting to defend the rights that we already have.

So I challenge them today - you've said you want to "cut red tape" and scrap "£600m of regulation.  Don't speak in code.  Be honest about it.  Admit that means you would abolish the rights to maternity leave and paternity leave, scrap the laws that stop employers treating part-timers as second class citizens and which make employers pay for holiday leave.

Immigration is a big issue so I want to put out a fact.  There's more immigration from outside the EU than people coming from other EU countries.

If you're worried about the NHS - don't blame immigrants.  The person from Ireland, or Spain or Portugal is more likely to be the nurse at your bedside than queuing in A and E.  So don't blame the EU for problems in the NHS - that's down to the government

Labour wants us to stay in the EU for jobs, to protect rights at work and improve our living standards and now Natalie Bennet is going to say why she wants us to remain in the EU.