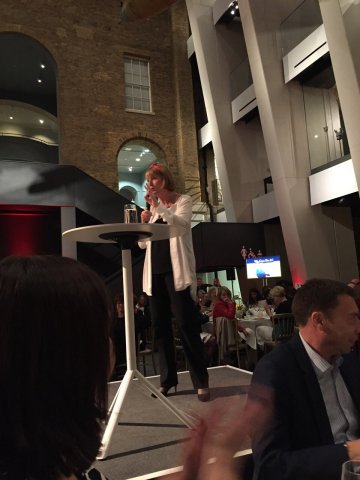 The dinner was held at the Imperial War Museum in London and was to commemorate the role that women played in the First World War and the impact the war had on changing gender roles in the workplace.

There was also a focus on the modern day implications of that historic shift, the dinner examined what is left to be done in order to achieve gender equality in the workplace.