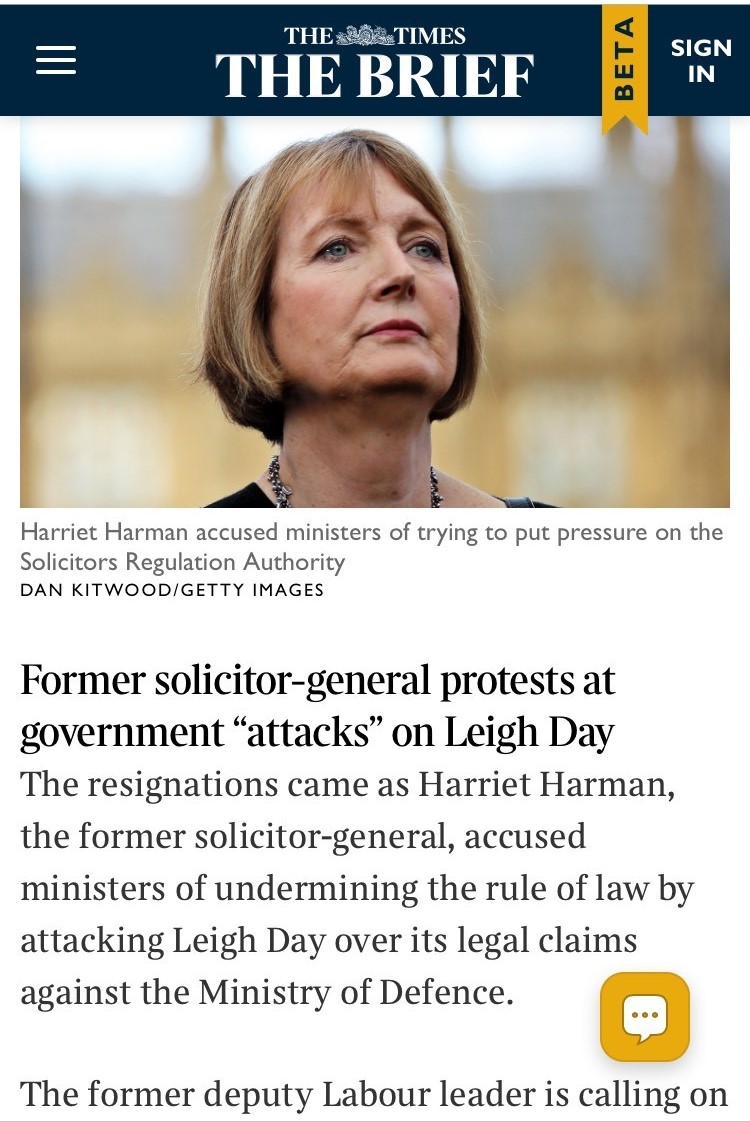 Today I've written to the Attorney General, Rt Hon Jeremy Wright QC MP, calling on him as the government's senior Law Officer to prevent Tory Ministers from attacking independent legal firms and undermining the rule of law. You can read the letter and the report in The Times - 13 July 2017 below: 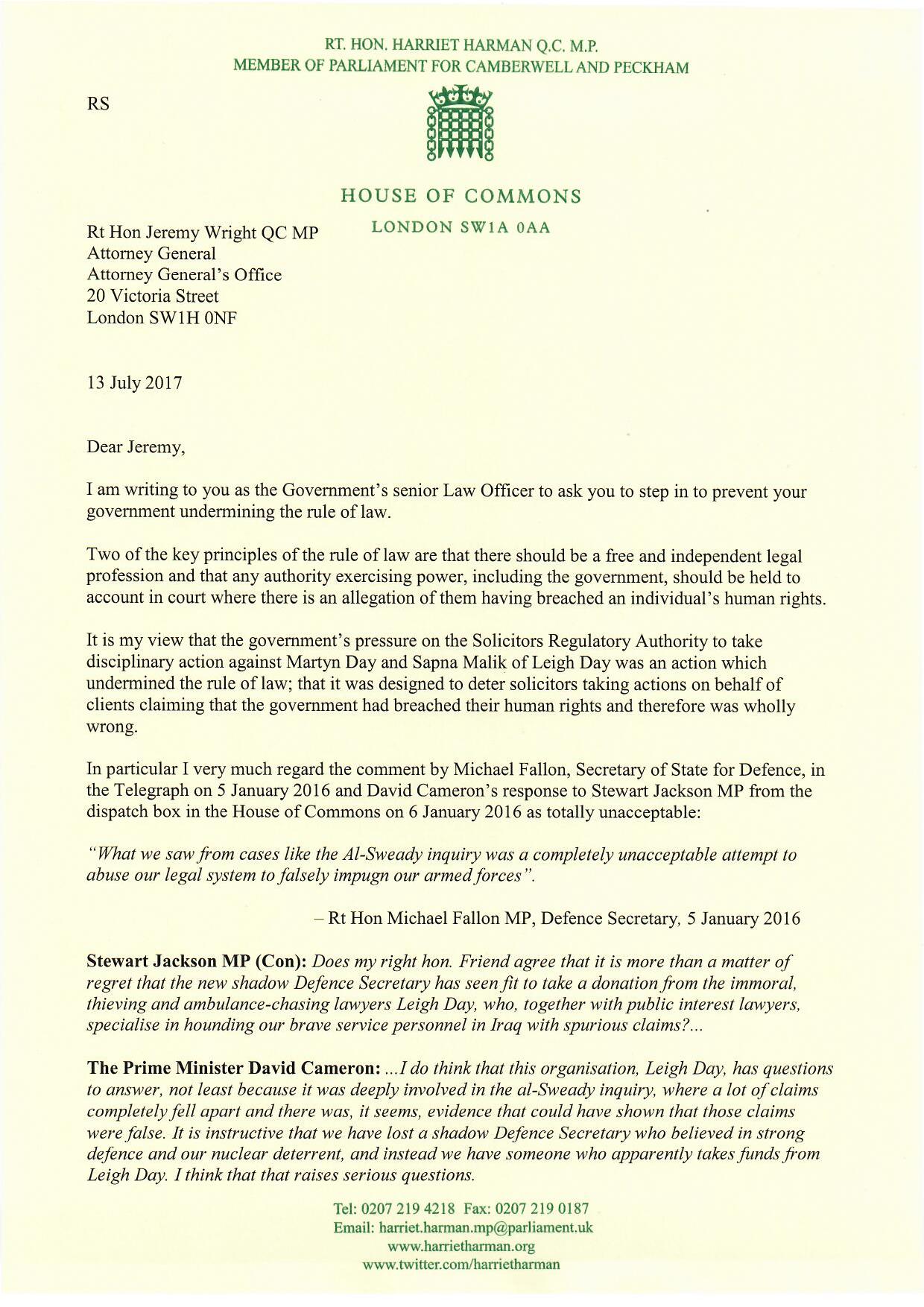 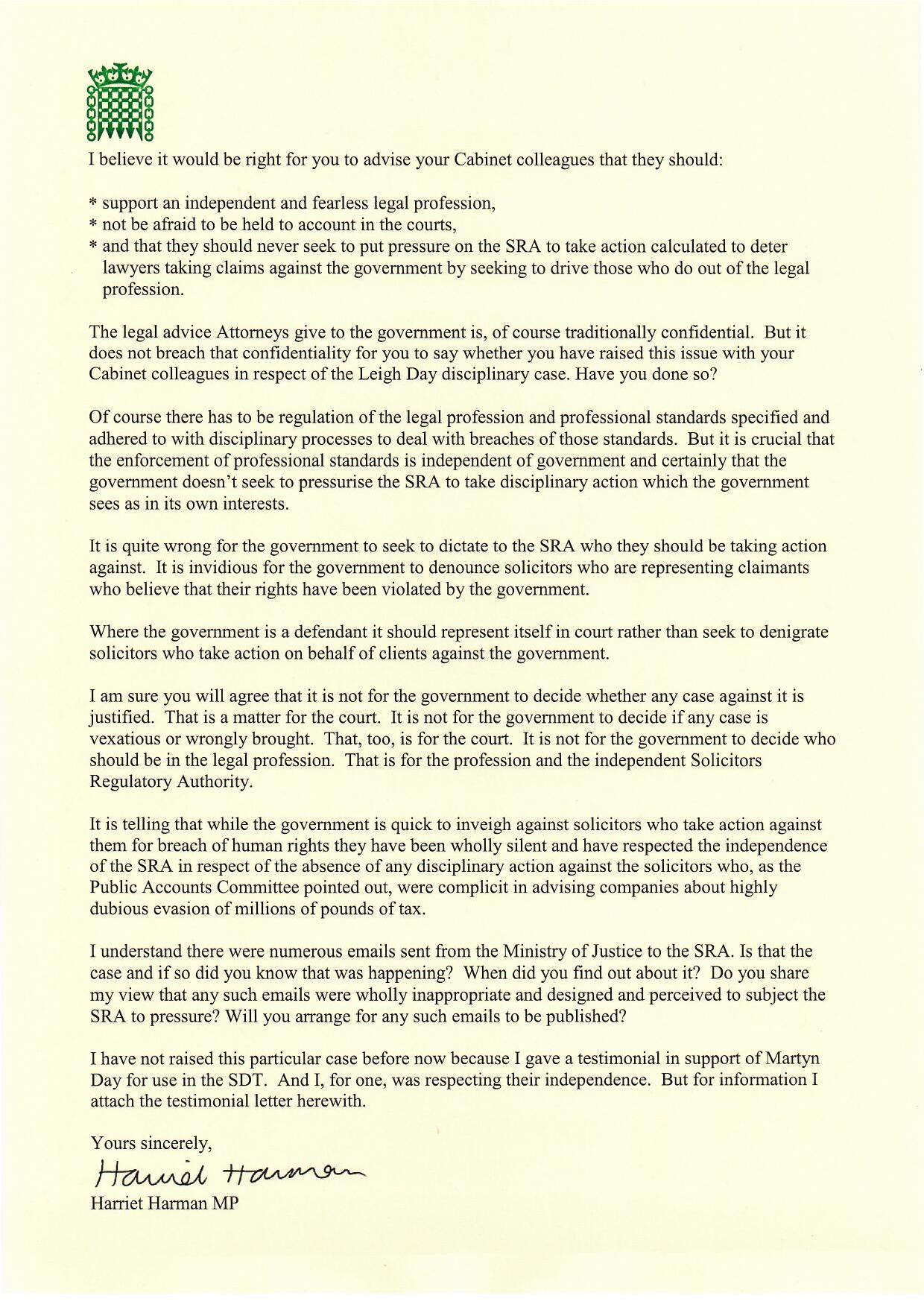 The resignations came as Harriet Harman, the former solicitor-general, accused ministers of undermining the rule of law by attacking Leigh Day over its legal claims against the Ministry of Defence.

The former deputy Labour leader is calling on the Attorney-General, Jeremy Wright, QC, to stop ministers from attacking “an independent and fearless legal profession” and seeking to denounce lawyers who are representing claimants who say their rights have been violated by the government.

Harman, who was solicitor-general between 2001 and 2005, accused Whitehall of sending emails to the Solicitors’ Regulation Authority that were “wholly inappropriate” and “designed and perceived to subject the SRA to pressure.” She has asked if the emails will be published.

“It is not for the government to decide who should be in the legal profession. That is for the profession and the independent Solicitors Regulatory Authority.”

Harman said that in her view, the government’s pressure on the SRA to bring disciplinary proceedings against Leigh Day and three of its lawyers was an action that undermined the rule of law” .

It was “designed to deter solicitors taking actions on behalf of clients claiming that the government had breached their human rights and was wholly wrong”, she said.