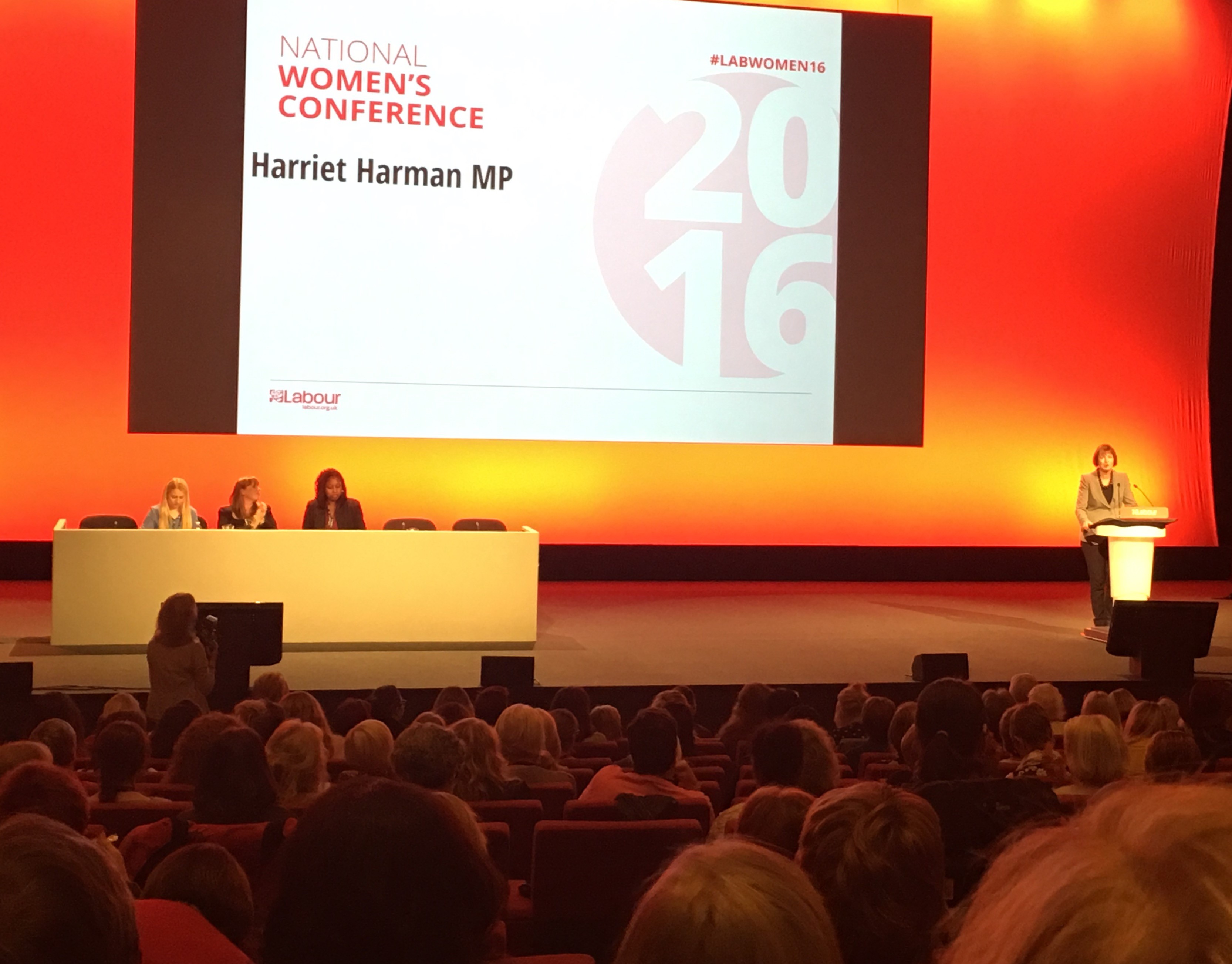 I'm delighted to be here with you all again this year.

It's been a year of political change in the last year.

We're out of the EU so we've got to campaign to make  the government commit to keeping and keeping up with the rights for women, on maternity and equal pay, that our EU membership has secured for women in this country.

We've got a new Tory Prime Minister - and she's a woman.

But like Margaret Thatcher before her, Theresa May's is no supporter of women.

When we were pushing forward in government on rights for women - she was a drag anchor - calling it a burden on business and voting against our Equality Act.

When we were pushing for more Labour women MPs she chased me round TV and radio studios decrying us, joining the men in her party and some in ours who called it "political correctness gone mad".

And while she's been in government she's voted every time for the cuts to the vital programmes that we brought in when we were in government, like sure start centres, and for tax credits for childcare.

Theresa May is woman - but she's no sister.

The fact of the matter is that it has always been Labour that has been the party of and for women and for equality.

We have 100 Labour women MPs, more than all the other parties put together. That puts a huge responsibility on the shoulders of our chair of the women's PLP - Jess Philips.  We must be united in holding the government, and our own party, to account and demanding change and progress for women.  And we can do that, together, as women. In the 1980s despite the turmoil in the party  with the party split from top to bottom and with predictions we would never govern again, we women across all of the party worked together and made massive progress.

We worked together as women in the cause of women despite our differences over the leadership at that time. And so we must and will now.

And let's face it there's not one of us here who isn't smarting that while the Tories, SNP, the Greens and even, god help us, UKIP have a woman leader, when it comes to Labour "it's raining men"

That makes the work of the woman I'm about to introduce to you even more important. She’s speaking for all the women in this country who are suffering under this government and who need Labour.  She's absolutely grounded in the real world and a voice of clarity and principle. She's our Minister for Women and Equality. Let's give our full backing and a huge welcome to Angela Rayner.