The NHS always suffers under a Tory government 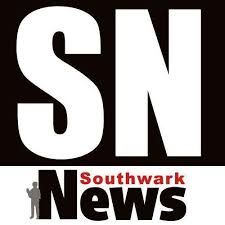 Now we’ve got a Tory government again, and as always happens with a Tory government, healthcare for local people suffers, waiting lists grow, it always gets more difficult to see your GP, hospital services are stretched and health service staff are under more pressure.

My constituents regularly contact me to say they’re struggling to see their GP, and people no longer feel confident moving their loved ones into local care homes as they’re under-resourced. When people can’t get to see a GP treatable conditions can grow worse or they end up going to A &E, which makes the queues there worse.

Yet despite this there was not a single extra penny to deal with the crisis in the NHS and social care in Philip Hammond’s Autumn Statement last week. The Chancellor didn’t even mention social care in his speech.

In order to meet the demand for healthcare NHS hospitals and health services are needing to spend more than the Government is allocating them, and because budgets are inadequate they are having to cut back on certain services. In 2009/10 before the Tories took over, just 8 per cent of NHS trusts were in this position.  Recent figures for 2015/16 show that almost two-thirds of NHS trusts ended the year with budget shortfalls. In Southwark, nearly all of our local NHS trusts are experiencing this, with King’s being in a severe position.

Community pharmacies are a first port of call for many patients. Without their advice, out of hours prescription deliveries to the elderly and support for those with mental health issues vulnerable people could become isolated and pressure will mount on GP surgeries and A&Es.

But despite this last month the Government announced that it would be pushing forward with dramatic cuts to community pharmacies. If these cuts go ahead 18 pharmacies across Southwark are at risk of closing, despite being opposed by pharmacies and local communities.

Despite the challenges faced over the past 5 years, last month Southwark announced a new healthcare centre is planned for the Dulwich Community Hospital site. The centre will provide a range of primary care, children’s services, diagnostics, a physiotherapy unit, a renal dialysis unit, and community mental health services. I want to pay tribute to the hard work of all involved.

But the fact remains that current financial trends are not sustainable.  The Government’s demand the NHS make £22 billion of efficiency savings has meant social care services have had their funding slashed by £4.6 billion over the last Parliament, hospitals are in disrepair and the number of patients waiting longer than 4 hours in A&E has increased by nearly 350 per cent since 2010.  Last Tuesday the independent National Audit Office concluded that the Government’s ‘aggressive efficiency targets’ are driving shortfalls up.  I will continue to work closely with my Labour colleagues to fight against these cuts, and urge Tory MPs whose constituencies are badly affected to stand up too.