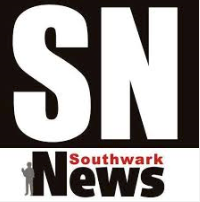 The local hospital in my constituency, King’s College Hospital, has one of the busiest and best A&E departments in London.

Staff are working hard every day to provide excellent care, and are consistently meeting cancer treatment waiting times of 62 days and improving intensive care, despite the pressure inflicted by Tory cuts.

I recently met with the Chief Executive of King’s, Nick Moberly. He told me significant work is underway to improve homecare for people after operations, increase the number of beds available and streamline the linkup between different emergency departments.

King’s do an excellent job with the limited money they have and recently took on the running of the Princess Royal University Hospital in Bromley and its A&E department, which is being turned around under their management.

This year has been particularly hard for the staff at King’s. On top of the deep Tory cuts all hospitals face, staff at King’s have been through the unprecedented trauma of looking after 23 victims of the Westminster and Borough Market terror attacks and 12 victims of the horrific Grenfell Tower fire, and have demonstrated the utmost calmness, professionalism and care.

But King’s are not immune from funding pressures, and these have led to difficulties in meeting the 4 hour waiting target for treating people in A & E. Across London – district nurses have halved under the Tory government and inevitably it’s been nurses in emergency care who have to pick up the slack when they aren’t there.

More than 40% of newly recruited nurses are leaving full time employment within their first year and the overall number of nurses and health visitors is now lower than when the Tories entered government in 2010.

King’s have worked hard to reduce their staffing shortage, but the hospital are still short of 528 nurses and midwives.

According to the Royal College of Nursing, the main reasons nurses are leaving the job they love are rising workload and staff shortages.

The Tories fail to acknowledge that it is dedicated hospital workers, doctors, and nurses who deliver the NHS. Instead of paying them fairly the government has made them bear the brunt of their cuts, enforcing a 1% pay cap which has cut the value of nurses’ wages by 14% since 2010.

The Tories’ own figures show the number of nurses quitting because of worries about their finances or their health has doubled. This crisis is all of the government’s making.

NHS staff need to be paid fairly, not least to ensure they can afford to rent or buy homes near the hospital they work in. What does it say about the government’s priorities that in the Budget last month they could only find £350 million to help the NHS cope with the winter crises and made no commitment on staff pay?

Yet they were able to find 11 times that amount to spend on a disastrous ‘no deal Brexit’ which will only further hit NHS staffing levels as EU citizens, who make up 14% of the NHS workforce in London, are put off coming here.