No 10 cannot ignore the will of Parliament 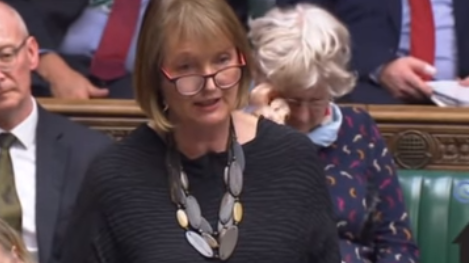 The Attorney General has sought to establish a new principle that the Government can ignore the will of Parliament if the Government believes it’s not in the “public interest”. That cannot be allowed to stand.

Speaking in the debate in the House of Commons Chamber today on the Government's refusal to publish the legal advice they have received on the Brexit agreement Harriet Harman MP challenged the Attorney General on this point:

"Will the right hon. and learned Gentleman acknowledge frankly to this House that publishing this paper on the legal position on the withdrawal agreement and his statement to the House today does not represent compliance with the motion of this House that was passed unanimously on 13 November, and does that not represent the following fundamental point of constitutional principle?

"It would be serious for any Minister to resist a motion of the House, but it is more so for it to be the Attorney, going along with Government defiance of the House, when his very office is about our constitution—when he is the person in Government whose job it is to make sure the rest of them stay within the rules. How can he do that if he himself is acquiescing in breaking them?

"He has in his statement rightly acknowledged that he has a duty to this House as well as to the Government and that his duties involve giving legal advice to the House. It is in our Standing Orders that he is legal adviser to the Privileges Committee.

"So how can we have a situation where the Attorney allows the Government to openly defy the will of the House?

"The Government have a choice: they can either comply with the motion of the House or seek to change it, but they cannot remain in defiance of it. It is the Attorney General’s responsibility to tell them that; will he?"

Read the motion of the House passed unanimously on 13th November requiring the Government to publish the legal advice on the Brexit Withdrawal agreement in full here.