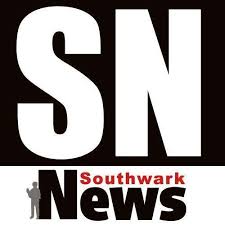 Last Friday along with over 100 other MPs, I was in the House of Commons to support the Homelessness Reduction Bill. I was pleased that it has gone through to the next stage of the process, and I hope it will become law.

No one in Southwark should have to wonder where they are going to sleep tonight. Or live with the fear that comes with insecure or temporary housing arrangements.  But that’s the reality for over 860 households in our community today.

Problems with housing, including overcrowding and repairs, continue to be the most common issue that my constituents contact me about.  And over the past 12 months I’ve taken up the cases of 102 constituents who have lost their homes.

The scale of rising homelessness is a blight on our society. The number of households applying to Southwark Council for assistance with homelessness increased from 468 in 2010 to 863 in 2015, and the number of people forced to sleep rough on the borough’s streets has increased by 11% over the same period.

Currently councils are only required to prioritise for people with children or those who are vulnerable due to medical issues. This means single people, including women and young people, can be turned away. This Bill aims to change the law to ensure all homeless people can get support earlier, by placing a duty on councils if it is likely they will become homeless within the next 56 days.

It is vital that adequate funding is made available to local authorities like Southwark, who are already overstretched, so councils are able to implement the Bill should it become law. The Government must also consult charities and service providers who specialise in this area on how best this can be done.

When Labour was last in Government, between 1997 and 2010 we made progress in tackling homelessness.  We launched the flagship Supporting People programme which helps vulnerable people live independently; created the Rough Sleepers Unit which aimed to reduce rough sleeping across England by two-thirds within three years; and dramatically reduced the number of people and families in long-term bed-and-breakfast accommodation.  There was a 70% drop in the number of people sleeping rough.

But since the Conservatives came to power in 2010, the number of people sleeping rough on streets across England has doubled.

We have a long way to go to tackle the root courses of homelessness.  People become homeless for many reasons including losing a job, mental health problems, family breakdown, addiction, soaring London rents and the Bedroom Tax. But the truth is one of the most important ways to tackle the scourge of homelessness is to build more homes.

Last year across England, the Conservative Government started building fewer than 1,000 new homes for social rent, and it has blocked Southwark Council building the homes it wants to in the Aylesbury regeneration. At the same time the Government has introduced a law which requires councils to sell-off their high-value council housing when these become vacant, reducing the homes Southwark Council have available to offer residents in crisis.

In addition to the Homelessness Reduction Bill, the Government must commit to build more affordable housing, protect funding for Housing Benefit and reverse the Bedroom Tax to prevent vulnerable people falling behind on rent and finding themselves losing their home.

The Bill will now be scrutinised further by Parliament. I will continue to back it and support my constituents who lose their homes to rebuild their lives.