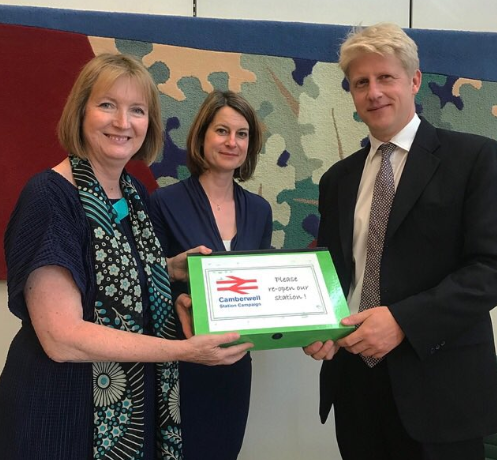 This is urgently needed to alleviate delays and dangerous overcrowding at neighbouring stations and especially as there is no tube in Camberwell and Peckham.

Today Helen and I delivered a petition of over 2000 local people’s signatures in support of re-opening the station to Jo Johnson MP, the Minister for Rail.

He told us Transport for London are currently considering the case for re-opening the station and we have written to Commissioner, Mike Brown, to reiterate the intense local concern there is that the station should be re-opened to cope with increasing demand.