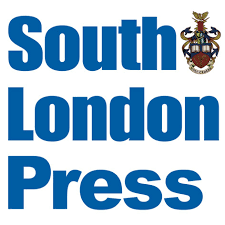 So now, by a narrow margin, the UK has voted to leave the EU.  Those arguing for "Brexit" said our warnings of the problems if we left the EU were exaggerated and dubbed them "Project Fear". But now we see "Project Fear" is turning into "Project Fact".  Uncertainty is hanging over our economy and businesses are holding back investment decisions.  The pound has fallen in value pushing up the cost of holidays in the EU this summer.  As the economy falters, there's less public money available for our vital public services like support for the disabled and for the NHS.

Now that the Prime Minister, David Cameron, has resigned, The Conservatives are plunged into a leadership election.  But that does not mean that everything should be "on hold" till the new leader is declared in September.  Immediate action is required and despite their inner turmoil and mutual recriminations the Conservatives are still, after all, the Government.  These are just some of the things they should be doing and what Labour, as the Official Opposition, should be pressing them to do:

•They should be starting now to talk to diplomats in non-EU countries to sound them out for future talks on making trade deals.  Official talks can't start till we are formally out of the EU but we should be starting the informal discussions now

•The same goes for the EU.  They are our biggest trading partner and we will need to be able to trade with them post-Brexit.

•We need to give guarantees for EU citizens who've been settled here, working here, bringing up their families here, that they will continue to have residence rights.  It is not right to hang insecurity over them by using them as a bargaining chip as we try and secure the position for our UK citizens who are settled in Spain, France and Italy.

•The government should guarantee that we will keep in step with the EU when it comes to improvements in workers’ rights, like maternity leave and paid holidays.  As the EU continues to improve rights at work we must not fall behind and end up with our workers becoming the least protected and supported in Europe. The EU Directives and European Court Judgements won't bind us but we should adopt their rulings.

•The government should guarantee that we will also keep in step with the EU on environmental rights and climate change.  As the EU makes further progress in the battle against climate change and to protect our environment, we mustn't become the "dirty man of Europe".  We won't be bound by Directives such as the Bee Directive in future.  But we should implement them voluntarily.

•The government promised more money for the NHS if we left the EU.  They must be made to deliver on that.

•The government must tackle the xenophobia, racism and division that their referendum has engendered.

This is the agenda we should be taking forward as the Official Opposition. But Jeremy Corbyn, as our Labour leader is not doing so as he does not have leadership qualities and has lost the confidence of Labour MPs.

Southwark voted strongly to Remain in the EU but we lost.  But the government must pull its finger out to mitigate the worse effects of Brexit and Labour must change our leadership and get our act together to make them.