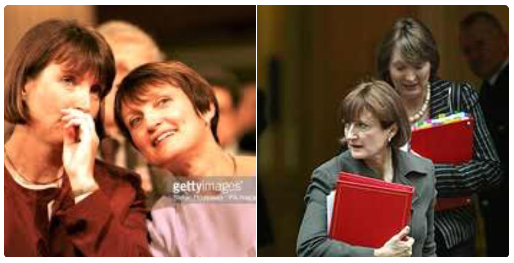 My Tribute to the House:

Tessa Jowell was the embodiment of that old women’s movement saying: “The personal is political.” For Tessa, the personal and the political were completely intertwined. Her devotion to her children and her stepchildren was what underpinned her drive for Sure Start children’s centres, with parenting support at their heart. Her enjoyment of her family and their prowess in sport was what lay behind her wanting to get the Olympics for the UK. She wanted them and the Paralympics to be shared and to inspire every child and young person across the country.

Tessa had a unique personal style. She befriended people who were struggling, had difficulties or were powerless, whom she felt she could support, but she also befriended the powerful in order to get them to back her progressive causes. She was no softie, though. Everybody has quite rightly said how charming and nice she was, but there was steel behind those clear blue eyes. As her constituency neighbour for 23 years, we went to countless meetings together and worked together on countless campaigns. She was always courteous and polite to the police, the schools, the hospitals and the council, but if ever she felt that they were obfuscating or letting people down, she would be tougher than anybody. She was true Labour, as an activist, as a councillor, as a Member of this House and as a Member of the Lords, but she was never afraid to work cross-party for the causes that she supported or to forge friendships across parties. We are so sad for her family, especially David, Jess and Matthew, but I know they will be strong because she will have prepared them for the loss they faced, just as she supported, on behalf of the Government, those who faced loss after the 9/11 and 7/7 terrorist attacks. We send them all our sympathy.

All around the country there will be people who are listening to these tributes and who have heard of Tessa’s death who worked with her, who knew her and who will be feeling sad but also immensely proud that they can say, “I knew Tessa Jowell.”