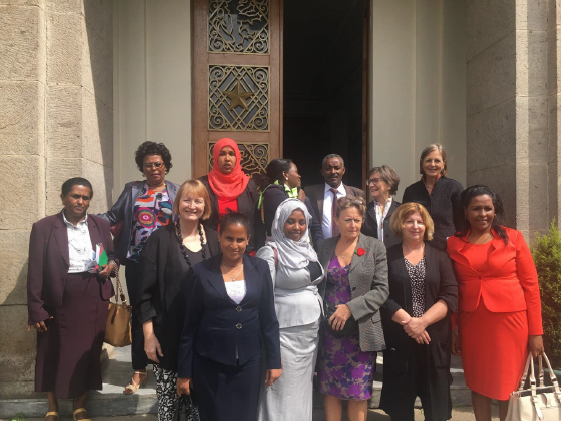 After meeting Ethiopian women MPs and students and visiting hospitals, clinics and refugee camps to look at abortion, contraception and maternal health, Harriet Harman MP says that Trump’s executive order to stop US money going to abortion services will cost the lives of women.

As one of his first acts as President, Donald Trump committed the US to the “Mexico City Policy”. This prohibits any US Federal funds going to non-governmental organisations that provide abortion counselling or referrals, advocate to decriminalise abortion, or expand abortion services. As an organisation working on sexual and reproductive health and providing advice and facilities for abortion and contraception in 37 countries around the world, Marie Stopes International is facing cuts of £30m, 17% of their total income.

In her report published today, ‘Ethiopia: Women’s Rights are Human Rights’, Harman says that Marie Stopes International being forced to cut back their work because of the loss of US Government money will mean:

“The Ethiopian Government has worked hard with international NGOs to reduce the risk of unsafe abortions and maternal deaths, but Donald Trump cutting off funds for Marie Stopes and other similar organisations is turning the clock back on this progress and endangering women’s lives.

“This is not only a threat to the women I met in Ethiopia, Marie Stopes International prevents 21,000 maternal deaths in 37 countries around the world every year. Trump’s executive order is directly threatening each one of these women’s lives and families that could be torn apart.

“It’s not Donald Trump – and the men-only advisory team beaming as he signed on the dotted line – who should be making choices about women’s health. Women should be able to make those choices themselves, wherever they are in the world.

“I am urging the Prime Minister to call on Donald Trump to reverse this cruel and dangerous executive order and if she were a woman PM prepared to stand up for women around the world this is what she would do”.