Standing up for a woman's right to choose 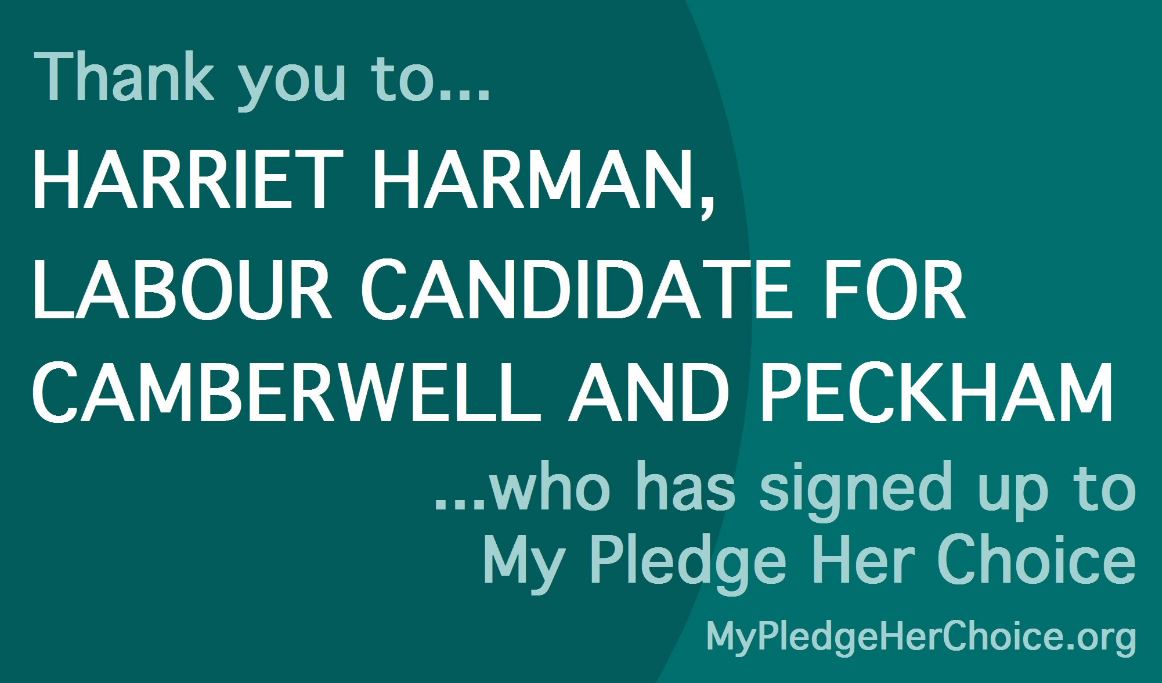 I'm backing the BPAS 'My Pledge, Her Choice' campaign and have signed their pledge to commit to defend a woman's right to choose in Parliament.

We need to march, and speak, and campaign, because we don’t want to see the progress that we’ve made towards equality slip back. One of the first Executive Orders Donald Trump signed as President was to restrict US funding for organisations which support birth control (including abortion) in developing countries. It’s not Donald Trump – and the men-only advisory team beaming as he signed on the dotted line – who should be making choices about women. Women should be able to make those choices themselves.

In the 1970s and 80s we marched under banners chanting “Not the church, not the state, women must decide their fate”. And it’s time to get those banners out again.

The My Pledge, Her Choice commitments:

1. Protect clinic access and funding for all UK women
2. Oppose parliamentary attacks on abortion rights
3. Support further moves to decriminalise abortion, in line with the Reproductive Health (Access to Terminations) Bill 2017 which I co-sponsored in the last Parliament.