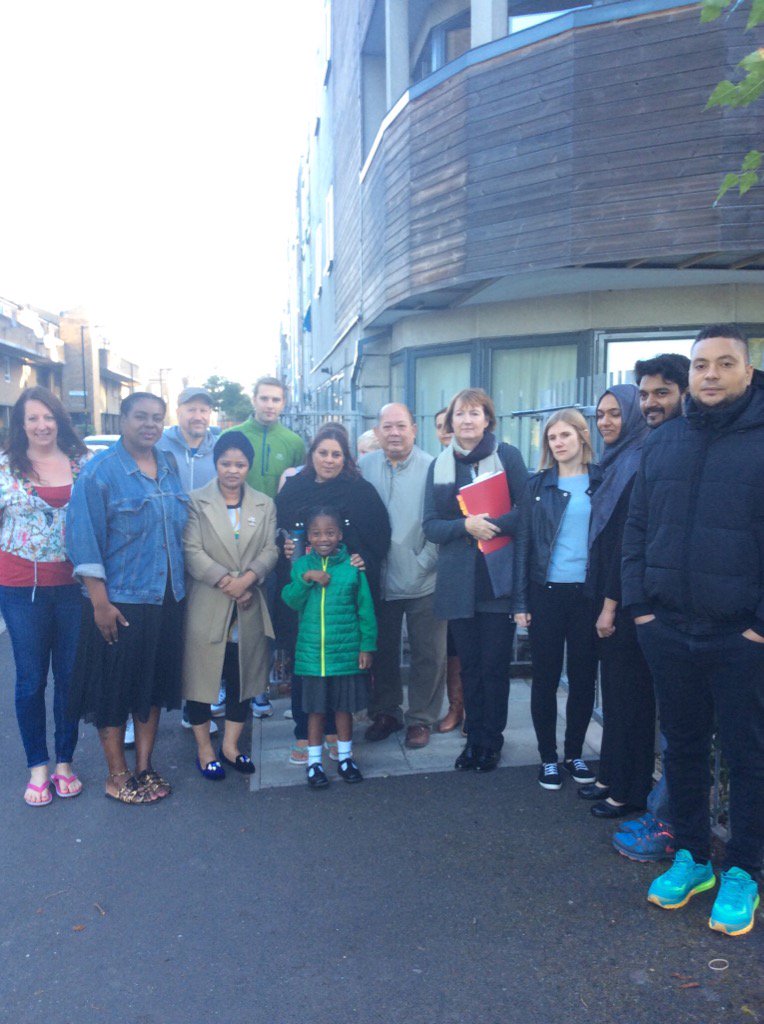 At Solomon's Passage in Peckham today I met with shared owners, leaseholders and tenants to discuss their ongoing situation with Wandle Housing Association. Residents are still facing uncertainty about their housing future 5 months on from when they were told that they would be losing their homes because of fundamental defects in the blocks which were only built 6 years ago.

There are a number of significant issues that still need to be clarified and resolved and I'll be meeting with the Chair of Wandle Housing Association Richard Raeburn and the Chief Executive Tracey Lees later this week to discuss these issues further.

It is vital that all residents have a fair deal.