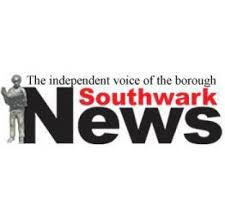 Over 1.6 million people across the country are unemployed and looking for work and in Camberwell and Peckham there are an above average proportion of people (3.9%) claiming Jobseeker’s Allowance and Universal Credit.

The last thing anyone expects when they are offered a job is for that offer to be put at risk by the Disclosure and Barring Service. Not because they are criminals and have done something wrong, but because of the DBS missing self-set targets on timeliness which leave applicants unable to take up their jobs, get paid and putting them under financial strain.

The Criminal Records Bureau (CRB) was established by the Labour Government in 1997 and supported the police in providing checks on applications for jobs that work with children, young people and vulnerable adults and ultimately deciding whether or not a person was suitable for that job. In 2012, the Coalition Government merged the CRB with the Independent Safeguarding Authority to create the Disclosure and Barring Service (DBS). It is vital that these checks are carried out thoroughly so that vulnerable people are properly protected. However, it is not right that people are facing financial hardship when they have done nothing wrong.

Between April and December 2015, the DBS only met their target, of 95% of disclosures to be issued in eight weeks, four times.

I have been contacted by many local people experiencing long waits for checks for all sorts of jobs; from chauffeurs to doctors. A number of residents in Camberwell and Peckham have lost income and are worried about how to pay their rent and other bills because of these delays. One of my constituents told me about how she had to use her savings to pay for essential bills and even had to claim Jobseeker’s Allowance as she couldn’t take up the position that had been offered to her until her DBS application was complete.