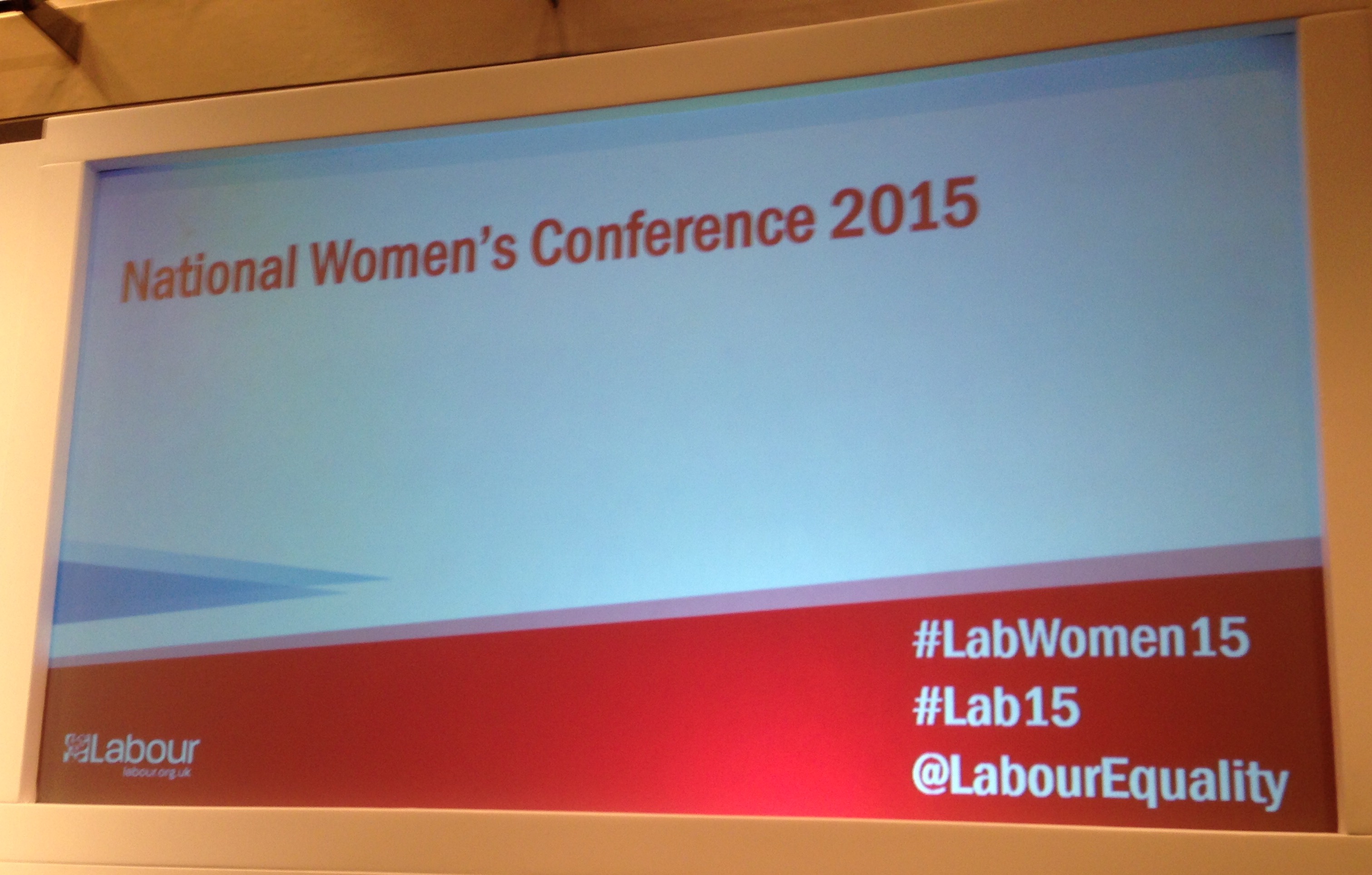 It’s great to see you all here today.

There’s always a terrific atmosphere when Labour women get together.  We’ll have a tremendous discussion today - as we always do.

So here are my 10 future points to throw in to the debate.

We’re deeply disappointed not to be in government.  We know that it is only Labour - Labour in government - which will make the changes that women need to go forward in their lives.

The Conservatives never have, and never will, fight for equality:

The cause of women’s equality needs more rights at work. The Tories always chop back rights at work - look what they’ve done on tribunals, imposing massive fees so the number of maternity discrimination cases has plummeted.

The cause of women’s equality needs strong public services - at national and local government level - for childcare, for the elderly - for the women who work in those services - and that is the opposite of what happens under the Tories.

The cause of equality means using the power of government to bring about progressive change.  The Tories brought in Clause 28 which Labour abolished and brought in civil partnerships. Both of the last Tory minsters for equality voted against equal marriage. They turn back the clock on equality

So my first 2 future points are:

We’re all sad and disappointed for our women candidates who we needed in Parliament but who didn’t win in May.

We needed Sophy as MP for Gloucester, Clair for Dover, Sarah for Hastings, Polly for Thurrock, Anne for Swindon, Suzie for Harlow, Lucy for Lincoln, Lee for Carlisle all our brilliant women candidates.

You put your finances, your work, your families on hold for the sake of the party. We are proud of you and what you did - and have great hopes for you for the future.  And I want to pay tribute to them.

But we are so pleased to welcome our new women MPs - not least those who won their seats from the Tories and the Lib Dems.  And many congratulations to Kate Green and Cat Smith, who Jeremy has appointed to be our new ministerial team on women and equality.

We don’t have a majority in parliament. But Labour women are still the majority of women MPs. We have more Labour women MPs than all the other parties put together. Irrespective of us not being in government, women in this country are counting on Labour women to speak up for them to challenge discrimination and sexism.

3. Let’s never forget that women in this country are looking to us, to Labour women to continue to speak up as the voice of women in our democracy and we must do that with courage and determination.

And when I say Labour women - I mean Labour WOMEN, not Labour MEN. Though we’ve made great strides, evidently we still have further to go to reach equality in our party.

Now, we have a male Leader, male Deputy Leader, male London Mayoral Candidate and male General Secretary. These were all separate elections so it’s not any of their fault - but we can’t leave it as a clean sweep of men.  We’ve got to sort it out so that we have women’s leadership at the top of the party - and that must include women who are chosen by and accountable to us women in the party. Women who are strong enough to fight for women because they are elected - as well as those who are appointed by the male leadership.

4. Let’s review and renew the party rules and organisation so that we have women at every level in the party including in the leadership and that we give this women’s conference power by putting it on a proper constitutional footing.

For the most part Labour men will support our demands for change and our quest for equality. But they won’t always and sometimes we’ll have to fight for it.   So my next point is - don’t worry if you seem to be having a massive row.  That is inevitable in any fight for change. None of the huge leaps of progress we’ve made, like all women’s shortlists, were done without massive controversy.

5. Be worried if you are always massively popular - it probably means you aren’t demanding enough! And remember today’s unreasonable demands are tomorrows conventional wisdom - so don’t hold back.

And let’s keep up the momentum for change.

Future point 6: let’s warn those in the party who want to drag their feet on women’s demands and who want to resist change. If we drop our mantle of being the champions of women in this country there will be others - the SNP, The Greens - who will be only too keen to pick it up.

Labour women, like the women’s movement, have always been about solidarity and women working together.  All women, lesbian, straight, transgender, black and white, disabled and not, working class and middle class, younger women and older women.

7. Let’s not have a hierarchy of inequalities with a competition for which is worse.  All inequality is iniquitous and we should all challenge it wherever it rears its ugly head.

And let’s have no ageism in the women’s movement. The women’s movement needs, and is for, all the generations - not just the “next” one.  Fiona MacTaggart MP set up the Older Women’s Commission to map out the policy demands of older women - who are balancing work, home, ageing parents, children and grandchildren.  She’s now setting up the campaign to make those changes happen.  She’s calling it the Older Women’s Lobby - OWL.  I for one plan to be an OWL.

8. Let’s have wise Owls roosting in every CLP in every region.

After our leadership election we have doubled our membership and have over one hundred thousand registered and affiliated supporters. To our longstanding members we have added legions of new enthusiasts.

These new women are the opportunity for a great boost to our energy and strength. We must wholeheartedly and warmly welcome the new women members, affiliated supporters and registered supporters.  But it has to be a two-way street - the long-standing members welcoming the new ones and the new members and supporters respecting the work of the longstanding members who have fought to get woman candidates selected and elected - and who have fought for and stood as women councillors.

As we welcome the new members, we must remember that all of us stand on the shoulders of those Labour women members who have stood up for the party and for women, through thick and thin and year in and year out.

So point 9 is let’s have harmonious integration of the new members and supporters into our party.

And, 10, as we rebuild and re-organise as women in the party - lets never lose sight of the women out there in the public. Their hopes and dreams - their fears and concerns. Our party is for them, their prospects and their progress. We are the agents of change but the change is not for us – it’s for them. And without their votes we can’t get elected to make the progress that is needed.

Finally, it has been an incredible experience being a woman on the front bench of our great party for over 28 years - an incredible opportunity for me to play my part - along with so many magnificent women throughout the party. And I want to thank all of you who’ve given me so much strong and warm support throughout those years.  That generous encouragement has been there for me when I’ve messed things up as well when things have gone right and I deeply appreciate that.

So, a huge thank you and let Labour women continue the fight for a feminist future.