Government needs to step in to protect workers' human rights 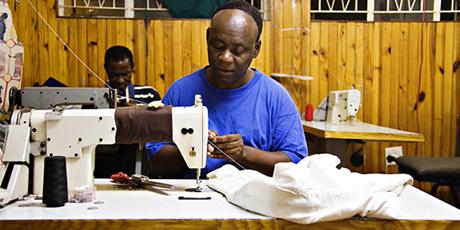 Legislation and enforcement need to be improved to ensure adequate protection of workers' human rights, a new report published today by the Joint Committee on Human Rights has found. The report proposes providing more accessible and effective mechanisms to improve access to justice in cases where human rights may have been breached.

"No one wants to be wearing clothes made by child labour, or slave labour. UK companies need to have high standards abroad as well as here at home and they must ensure that there are not human rights abuses in their supply chain.

More can be done by the UK Government to ensure that human rights are respected by UK companies in their operations outside the UK. The Government must toughen up the law with a new legal duty on businesses to respect human rights when they are operating abroad. Victims of human rights abuses must have access to the courts. And the Government should ensure that when it buys on our behalf it doesn't do so from suppliers who are abusing human rights.

Over the course of this inquiry we were pleased to hear of the growing importance of human rights issues to businesses, consumers and government. Indeed, developments such as the Gangmasters Licencing Authority and Modern Slavery Act have caused real improvements. Yet, all too often, cases were brought to our attention where people were making the products we use every day in conditions that are simply not acceptable. In the UK, this can mean pay below the minimum wage and dangerous working conditions; in other countries it can mean virtual slavery and long-term damage to the natural environment.

The UK must build on work already done and create human rights protections that demand high standards of businesses. Businesses must be required by law to demonstrate how they are ensuring human rights are respected in their operations - if they do not then public bodies must exclude them from procurement opportunities.

Access to justice must be improved and companies must feel the effects of their actions. We would like to see laws enacted to allow victims to bring claims against companies where they have failed to prevent human rights harms from occurring.

Article 50 has been triggered. We are removing ourselves from the oversight of EU law and looking to develop new trading opportunities around the world. Human rights protections must not be lost in the rush. The 'Repeal Bill' must replicate human rights currently protected by EU law. Human rights protections must be a central pillar of future trade deals. If the conditions under which the things we buy are considered unacceptable in the UK then we must not simply export the problem to another country.

We have to make sure that when human rights abuses occur they are uncovered. Routes to access justice must be understood and achievable for those affected. The UK National Contact Point must become the advocate of human rights it is intended to be and the Government must give them the support they need to do this. The Government must further enable victims to seek justice. Excessive charges for access to a tribunal is an often insurmountable barrier. We are talking about exploited workers entering a complex system for the first time. They need support, not charges that they cannot afford to pay."

Case study: Textiles production in Turkey and the UK

A key finding in the report is the importance and difficulty in enforcing best practice throughout supply chains. Major high street retailers will regularly outsource the production of their fashion lines to factories, who may then further subcontract production elsewhere.

Over the course of the inquiry, the Committee spoke to major high street retailers and visited factories in Turkey and Leicester.

The emergence of "fast fashion", where styles seen on the catwalk are available cheaply in shops in a matter of weeks, has shifted production back to the UK where suppliers are able to offer quicker turnaround times than competitors thousands of miles away. Research by the University of Leicester has indicated that this new sub-industry is characterised by frequent violations of work and employment regulations.

"The majority of garment workers are paid way below the National Minimum Wage, do not have employment contracts, and are subject to intense and arbitrary work practices."

Centre for Sustainable Work and Employment Futures, University of Leicester

"What the employers do is that they make her sign a paper that she will work either 16 or 20 hours a week at minimum wage. Then they will give her a draft copy of wage slip which will again show that she works for example 20 hours and is paid £7.20 an hour...She worked on average 60 hours a week but only got paid £3 sometimes £3.50 an hour. In that time she also suffered severe back pain because of the number of hours she worked. She was always paid cash."

In their evidence to the Committee, major retailers including ASOS, M&S and NEXT placed human rights issues high up their agenda, and noted the increased importance of ethical production to consumers. In many instances, sub-contracting has been explicitly prohibited in contracts and retailers have taken remedial action to improve conditions. However, supply chain dynamics, and the uneven distribution of costs and benefits between retailers and manufacturers cannot be discounted as a major factor. According to local manufacturers in the UK, buyers did not understand the real costs of production and often compared costs to those available overseas. A skewed playing field had been created whereby profit margins for suppliers were so small they left no room for improved wages or working conditions.

"When high street retailers spoke to the Committee they told us that maintaining human rights in their supply chain was high up on their agenda, and it is becoming more important to consumers as well. However, serious concerns remain about the lack of speed and ineffectiveness of the action that some companies take when problems emerge. We must guard against any negative impact of the demand for quick, cheap fashion. The buck has to stop with businesses: they must demand that their suppliers pay good wages and have safe working conditions."