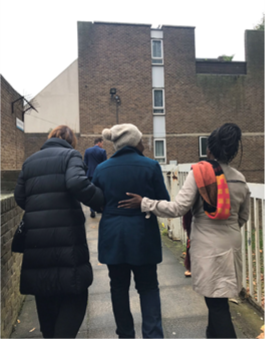 The Brandon Estate community in Camberwell are again facing unfathomable grief and distress after 18 year old Clinton Evbota, a former resident of the estate, was stabbed to death in the centre of their estate on Grimsel Path on Thursday 10th October. Clinton is the third young man who has been murdered on the Brandon Estate in just 18 months after Rhyhiem Barton, aged 17, was killed in May 2018 and Siddique Kamara, aged 23, was killed in August 2018.

The morning after Clinton was killed I met up with the tenant’s association chairs and talked to residents on the estate with Cllr Evelyn Akoto, Cabinet Member for Community Safety at Southwark Council & local councillor Alice Macdonald. For families and the community who live on the Brandon this is not just a newspaper headline, this is their lives, and for Clinton’s family, it’s their worst nightmare.

It is vital that the longstanding demands of the tenant’s association are met. They’ve been asking for CCTV. It’s installed, but not yet operational. And the trees that they’ve been asking to be cut back are still in full leaf. The TRAs are the heart of the community and know what’s needed. They are holding a community meeting this week and Southwark Council will need to come with clear timelines on how they will meet the demands so the whole community can feel safer. Council action is one important part of the picture, but the causes of this horrific violence are complex and developing over years. Government cuts have hit every service. There are fewer after school clubs and holiday play schemes, fewer support workers in schools and child and adolescent mental health are under strain. These services are vital, especially for young people who are losing their way and are at risk of getting into trouble. In every area there should be youth clubs, and services for young people to help tackle knife crime and problems such as mental ill-health and school exclusions. Southwark is a great place to live. But too many young people are dying violent deaths. This is a national crisis. We need leadership and more resources from government, and an end to the cuts. 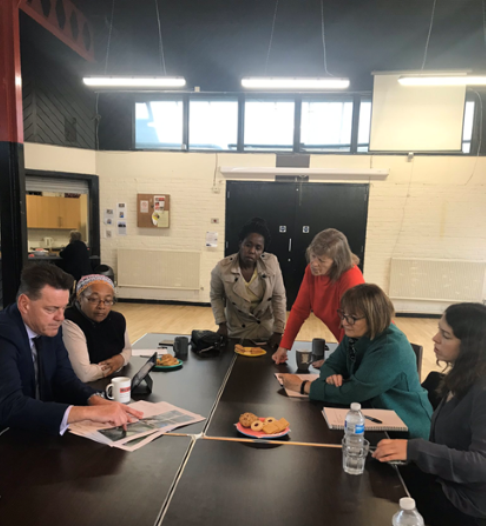