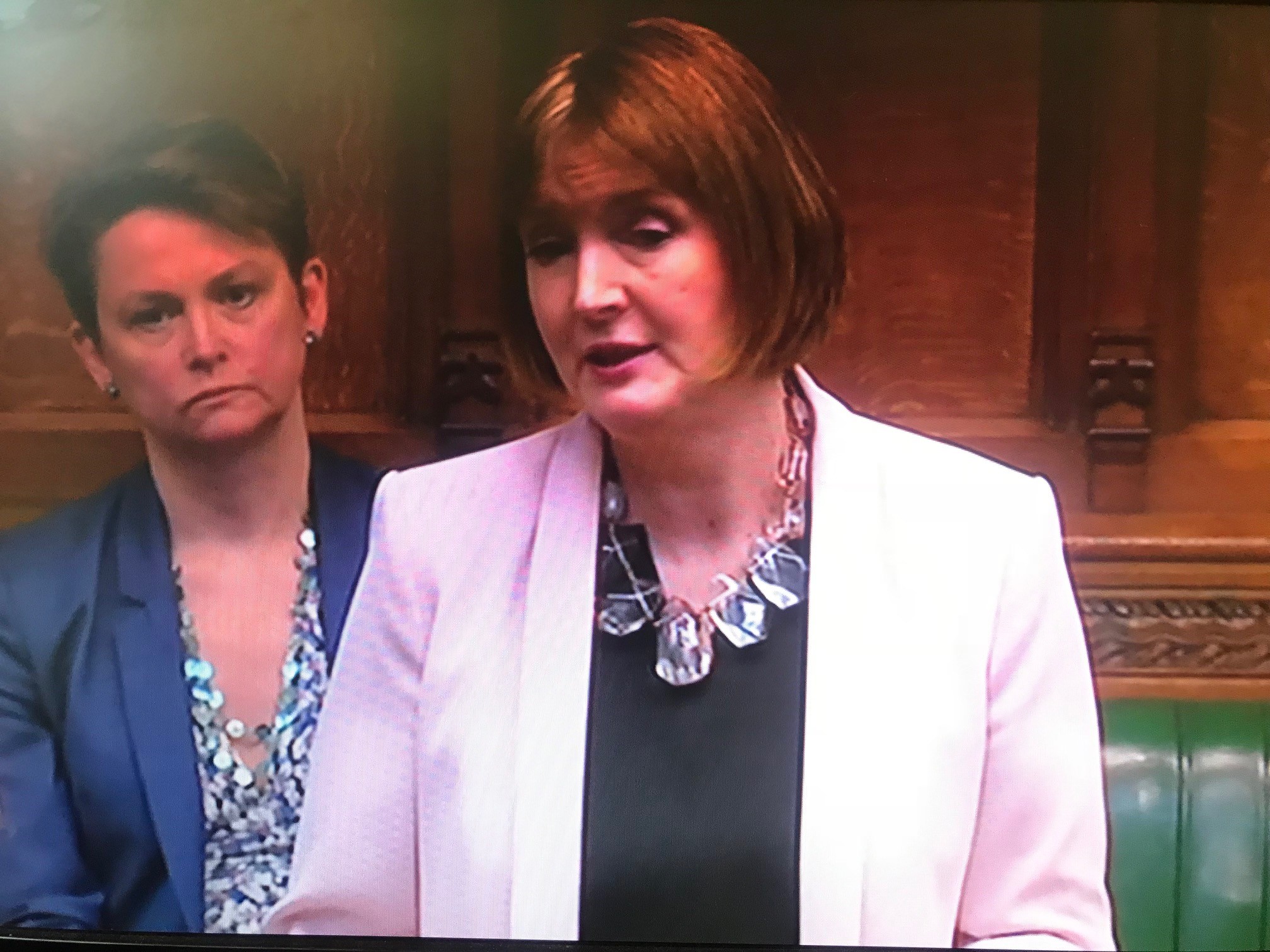 Today I asked an Urgent Question in the House of Commons to the Minister for Women, Victoria Atkins MP, to ask the Government to set out what action they are taking to close the gender pay gap.

You can see a full transcript of the Urgent Question here.

Full text of my response to the Minister:

Thank you, Mr Speaker, for granting this urgent question, and I thank the Minister for her obvious commitment to this issue. It was Labour legislation that enacted gender pay transparency, but it was her Government who implemented it. It is important that they did that, because it has laid bare what women have always known but previously did not have proof of, which is that there is systematic pay discrimination. It is now clear: eight out of 10 employers pay men more than they pay women—and that is across every sector, including the retail sector, which would not exist without women’s work. Why on earth should women in Tesco put up with £8 an hour on the checkout when men in the stores get up to £11.50 an hour?​

Although it pains me to say this, the trade unions that need to be part of the negotiations to narrow the pay gap need to get their house in order. How can women members of Unite believe that that union will champion their rights to equal pay if there is a 30% pay gap in the union itself? The NASUWT, a teachers union, pays its male staff 40% more than it pays women, so it too has to take action. As for the public sector, let us look at the University of Liverpool. Its public policy is to narrow the pay gap, but the University of Liverpool pays men 90% more in bonuses than it pays women. That has to stop.

Does the Minister agree that we are no longer interested in rationalisations, explanations or justifications? The time for excuses has passed. We want stretching targets year on year to narrow the gap. Will she join me in congratulating the women in the House who have spoken up on this issue, such as my hon. Friend the Member for Walthamstow (Stella Creasy), among many others, including the Chair of the Women and Equalities Committee, the right hon. Member for Basingstoke (Mrs Miller), and Labour’s Front-Bench team, who have been pushing on this issue? Will she congratulate all the women outside the House who have been pushing on this, not least women in trade unions and the BBC women?

May I give the Minister some sisterly advice on what she should do to really focus on this issue? First, she should stay on the back of the Equality and Human Rights Commission and make sure that it uses all its powers and has the resources to take action. Secondly, she should suggest to the Prime Minister that she has a Cabinet session on the gender pay gap, with all Secretaries of State required to come to Cabinet and say what stretching targets they are going to impose in their Departments and the sectors for which they are responsible. Thirdly, she should commandeer Downing Street for a summit at which business and trade unions can tell her what they are going to do to narrow the pay gap. If she does all that, she will have a great opportunity and a great responsibility, because if she drives forward on narrowing the pay gap, that is not only fair and just but the most important thing to help low-income families and tackle child poverty.