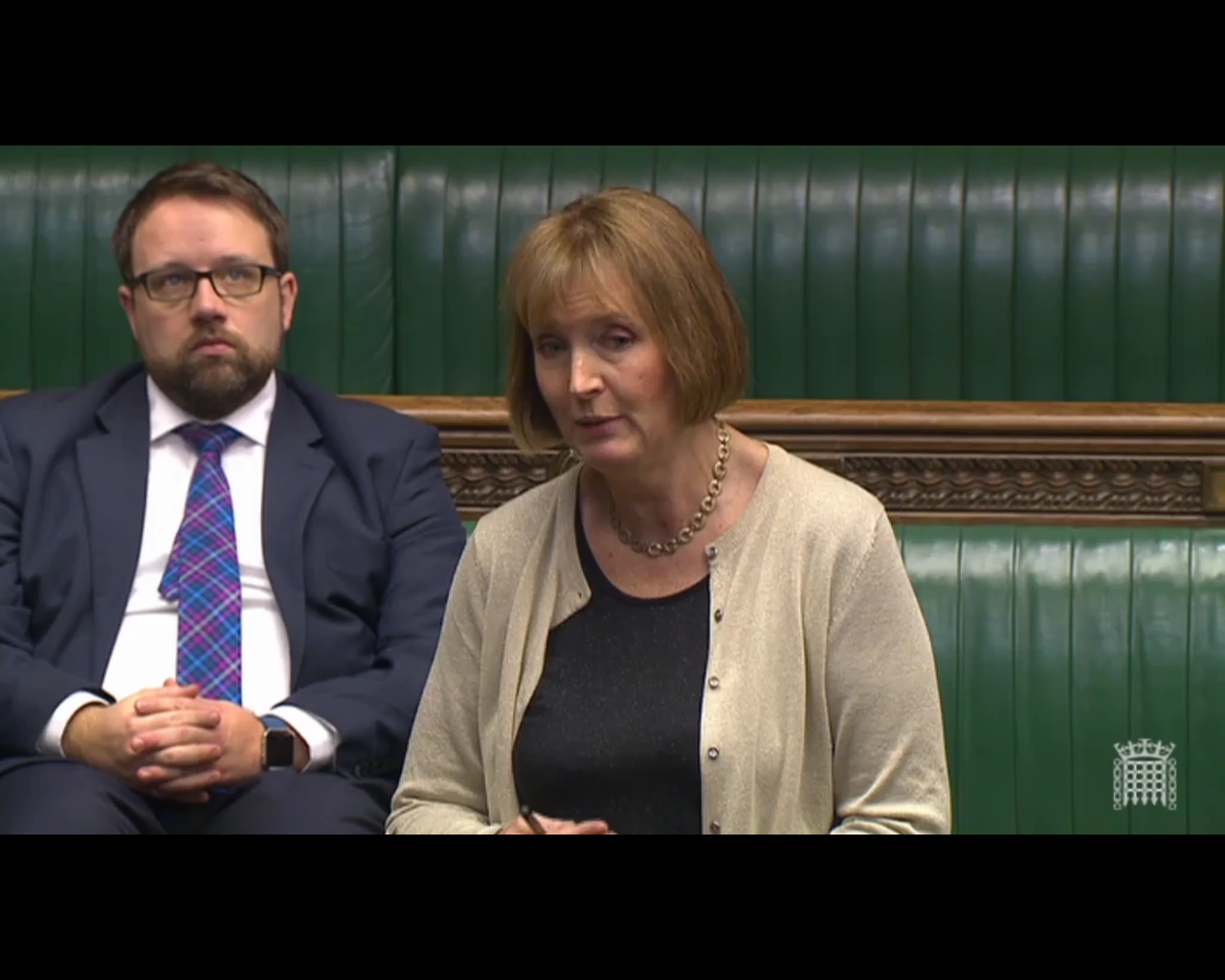 Those who have suffered sexual harassment need to have the confidence that their complaint will be taken seriously. This is even harder sometimes if the person the complainant is accusing is in a position of power.

Today I spoke in the Chamber to join other Members in commending the work of the Leader of the House, Andrea Leadsom, who lead a cross party group of MPs to come up with solutions to improve the complaints process. Her approach has been very serious and committed but also inclusive, involving—right at the heart of the process and on an equal footing—the shadow Leader of the House and the shadow Secretary of State for Women and Equalities, Dawn Butler, who has been able to consult and involve us in the process.

The working group has been able to ripple the discussion widely. Of course, we all have an interest in ensuring that grotesque abuses do not happen in this House, that it is a safe and decent place to work and that any wrongdoing is called to account.

People have talked about the balance between a fair system for the complainant and a fair system for the person who is complained about. Obviously that is right. The media spotlight can be very harsh indeed on a Member of Parliament just on the basis of an accusation made, but it can also be very harsh on a complainant, and we have to bear that in mind. Timeliness is very important for a Member against whom a complaint has been made, but it is also important for someone who has complained. I know that that has been at the forefront of the working group’s mind.

This is an important moment of progress, but it is also a work in progress. The working group has established a response and a system and set up an independent complaints process, but it is very important indeed that colleagues in all parties stay on the case to ensure that this actually works.