Why there has never been a female leader - Harpers Bazaar #IWD2019 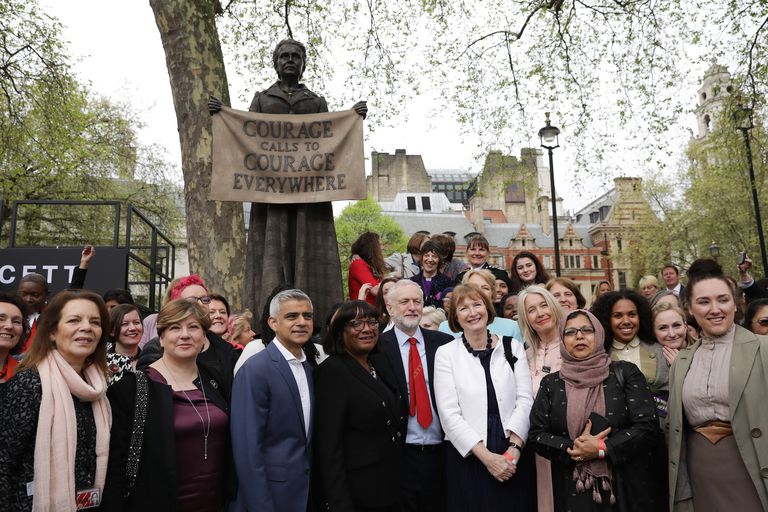 The first thing to say is that there should have been. It’s embarrassing and wrong that the party that regards itself as the party of equality, the party that has more women MPs than all the other parties put together, has nonetheless never had a woman leader and the Conservative party has had two.

Perhaps it’s because the women in the Labour Party have consciously challenged the structures of the party and the way it works, striving to change the way we do politics. We’ve been a subversive, critical force - we wanted half the constituencies that we were going to win to be set aside for women. That was bitterly opposed by many of the men in the party. We insisted that there must be three allocated places on the shadow cabinet for women – this was when there was an all-male Tory cabinet and all bar one in Labour’s shadow cabinet were men. That doesn’t win you any friends because the men think the women are taking the places that they could have had. This means we’re seen as criticising the party hierarchy rather than being part of it. Whereas Conservative women like Margaret Thatcher weren’t seen as subversive within their own party, we’re going to turn this party upside down. She wasn’t saying it’s been a party of men, I’m going to make it a party where women and men share power on equal terms. She was about succeeding within the party power structure as it was, about beating the men at their own game, on their terms. She wouldn’t change the rules to make the party more women-friendly. She didn’t believe in that.

If you argue for positive action, which the women’s movement in the Labour Party has, then that will be and has been resisted. If you are always pushing at barriers, you’re a productive force, but not necessarily a popular one. Those leading that charge can come to be considered too unpopular for the top job. That is an explanation, but it’s not an excuse. There’s no justification for not having a woman leader. We’ve had a party for 100 years, we regard ourselves as the party of equality - next time it’s got to be a woman.

Most people in the party realise that it’s beginning to look like Labour has a problem with women, that we have to be led by a man, that none of the women in the party are good enough to lead. But nobody believes that – 45% of our MPs are women - and look at our shadow cabinet today which is 50% men and 50% women, or the previous shadow cabinets; you’ll see Labour has a big choice of exceptional women. It’s not as if there’s no women in the pool to be the next leader.

The party needs to think about how it will look if, more than 100 years after the party was formed, it hasn’t ever had a woman leader. It always seems to be a man’s turn. The only way we’re going to put it right is that the next time that we have a contest for leader is to decide that, although we have many very brilliant men, we have lots of brilliant women too and this time it’s going to be a woman that wins the top job and the man can be deputy. There needs to be a shift in consciousness that next time the job must go to a woman, so the women who step forward know that they will receive support. Men within the party need to recognise that, if they are to be champions of gender equality, and supporters of the feminist cause, they should walk the talk by going for deputy and supporting a woman for leader. That is the challenge for men in the party.

We’re on the right side of history and many of the changes that we’ve battled for, we’ve achieved. The Women’s Movement is the most successful political movement of my lifetime in terms of social and economic change. Women are still change-makers and that is a battle. Each generation needs to take it forward. Things are much better in my generation than they were for my mother, and they’re better for my daughter’s generation, but we still have more progress to make. Each generation has to carry the torch.