Rape prosecutions are already woefully low, let's not make it even harder for women to come forward 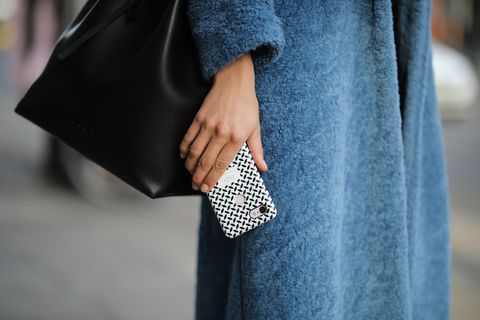 GETTY
Earlier this week, news emerged that rape victims will have to hand their phones over to the police - or else risk prosecutions not going ahead. Harriet Harman explains why these controversial consent forms must be stopped now.

There’s a long-standing problem in ensuring men don’t get away with rape. It’s a very difficult thing to stand in a witness box and face what the defence will throw at you as a victim in court. What the defence try and do is to turn the tables to make you feel like you’re on trial rather than the rapist. For years, in fact for decades, it has always been the case that it’s difficult to encourage women to report rape - let alone to be prepared to take it all the way to court.

That’s the background. There is a very low percentage of rape reporting and an even lower percentage of women feeling able to support the case in court. There is also a long-standing rule that it’s up to the prosecution to prove their case – somebody is innocent until proven guilty and this is what happens across all cases. The prosecution shouldn’t sit on evidence which would actually help the defence show that a crime hadn’t been committed. The disclosure rule used to involve the odd letter or statement from a witness about something they saw. Now, people leave their whole lives on the line – their relationships with family and friends, their work, all their pictures, all their hopes and fears; it’s all written down online. There have been a couple of cases where the defence have, late in the day, come across text messages which have shown that the man wasn’t guilty. It’s this that’s led to an overreaction from the prosecution and the police, who are now saying that unless you hand over every one of your devices with passwords and allow them to go back five years and look over every single picture, text and whatsapp message, then they won’t go ahead with the prosecution.

This is something that makes it much harder to support a prosecution because it involves not only an invasion of the victim’s privacy and every aspect of her private life being scrutinised, but also those of her friends and family because of what they’ve said to her over message or through pictures that they’ve shared. All this will now be in the hands of the police and will be vulnerable to being used in court.

The way to solve this problem is to enable the woman, if she feels that the police are going too widely and on a fishing expedition for information, to be able to challenge it and have the decision to mine her phone scrutinised by an independent person to ensure that it’s not an unwarranted invasion of privacy. A woman contacted me on the morning that this was discussed in the House of Commons to say that she’d been seriously sexual assaulted by someone who was a complete stranger, so there was no question of a relationship that they needed to discover between him and her. They were just asking for information, so they could find anything that might discredit her. She felt that she was being put on trial.

The defence think that the way to get off a rape or sexual assault charge is to prejudice the jury by saying that she’s the sort of woman who had sex with a lot of people and therefore she wouldn’t have said no to him. Or that she’s the sort of person who, because she’s had sex with lots of different people, has no integrity. It’s about blackening the woman’s character and a way of getting him off. Shamefully, that still goes on in our courts today. Just because a woman has had sex with A and B, it doesn’t mean she wasn’t raped by Mr C. It goes back to the idea that a woman who has had sex is immoral and a fallen woman, therefore not someone whose word should be trusted against a man who’s standing in the dock. We don’t subscribe to that attitude that a woman can’t be believed because she’s morally doubtful on the basis that she’s had sex.

This is a very serious problem. We already have a big problem with rape prosecutions and this could potentially make it even worse, but we have a solution that would protect the victim without subjecting the defendant to the possibility of wrongful conviction. It’s important to remember that rape is often a repeat offence. If a man gets away with doing it to one woman, he’s likely to do it again. We need to get this form withdrawn and a process in place so that a woman can challenge it. We can’t let this be yet another obstacle in securing justice for rape victims.