What is it like to be a British citizen wrongfully detained? For the first time since the Windrush scandal broke this afternoon a parliamentary select committee heard from people wrongfully swept up in the Government's net and detained, Paulette Wilson and Anthony Bryan. As Chair of the Joint Committee on Human Rights I invited them to speak to our committee to tell us of the intolerable stress and suffering they faced because the Conservative Government incorrectly targeted them as ‘illegal immigrants’. They told us how difficult it had been being asked to produce pages and pages of documentation they had never needed before, and when they couldn't the devastation and fear of losing their jobs and being detained.

Shockingly they said no one explained the reasons for their detention and release. I've written as the Chair of the Committee to the Home Secretary, Sajid Javid MP, to ask for the release Anthony Bryan and Paulette Wilson's entire Home Office case files to them, within 7 days and to summon him to come and give evidence to our committee and explain why these law abiding British people were threatened by the Government and in some cases locked up. It is not acceptable that the Home Office ‘did not know’ how many people from the Windrush Generation had been wrongfully detained. 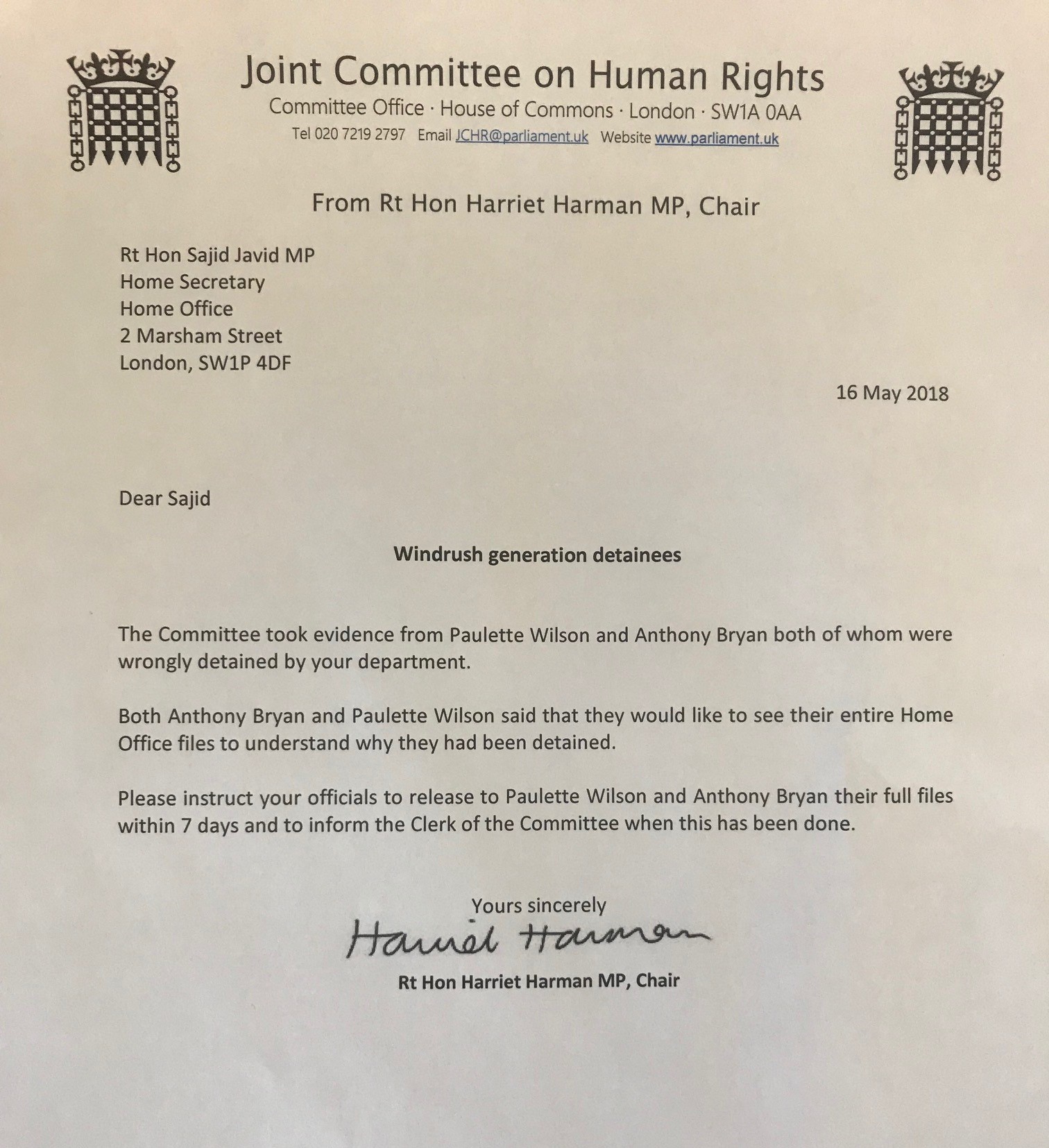