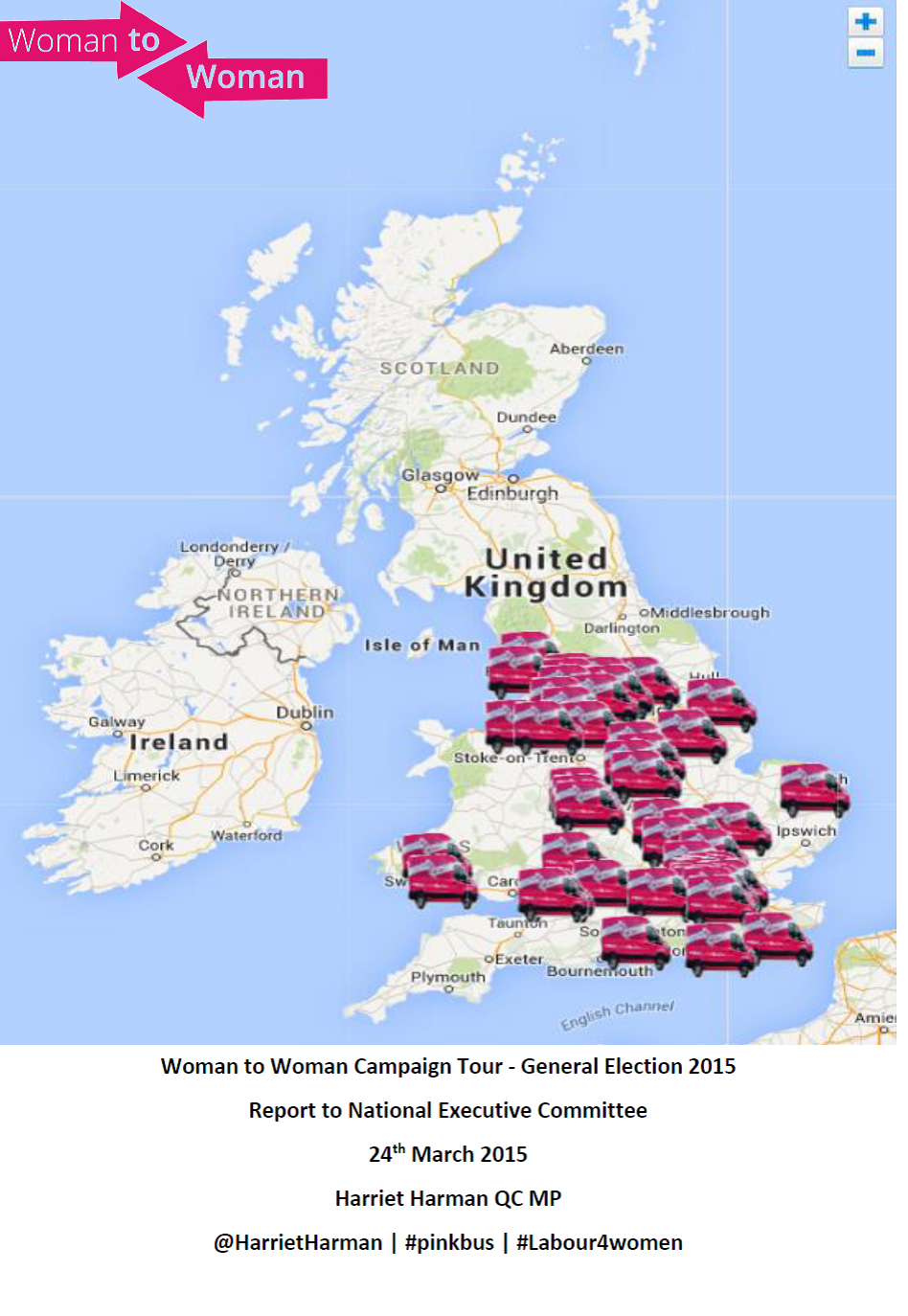 Since the Woman to Woman #pinkbus campaign was launched on the 11th February it has toured 65 constituencies around Britain.

Women from across Labour's team - including Shadow Cabinet members, MPs, councillors, MEPs, peers, AMs, MSPs and members of the GLA  as well as from our affiliated trade unions -  have joined the Woman to Woman tour.  We have been highlighting all of Labour's key policies on the NHS, on the economy, on housing, education and immigration - but also issues of childcare, equal pay, tackling domestic violence, older women and women's representation.  We are talking to women in their workplaces, at school gates in shopping centres, colleges and universities as well as on the doorstep.  And the Woman to Woman tour is supported by a digital campaign.