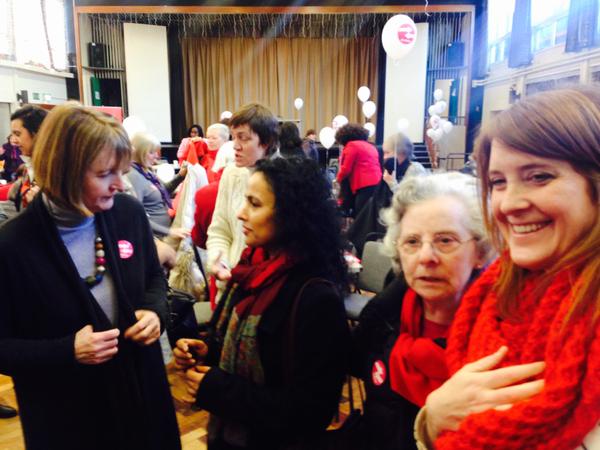 Following the national launch of the Woman to Woman the campaign will be launched in every region and nation before the end of March. Today was the London Launch in Croydon Central. In London 1.1 million women didn’t vote in 2010 – we want to ensure women use their vote at this years’ General Election. Arriving on the pink bus with Diane Abbott and Baroness Glenys Thornton we joined Parliamentary Candidate for Croydon Central, Sarah Jones for the event in the New Addington community centre which was attended by over 85 women, including community activists, representatives from organisations across Croydon and individuals interested in finding out more the campaign and contributing their views on what they would like a Government to deliver for them. Women raised a number of issues including childcare, the NHS and affordable housing