Women in Project Management - The Gender Pay Gap: why it matters. What to do about it. 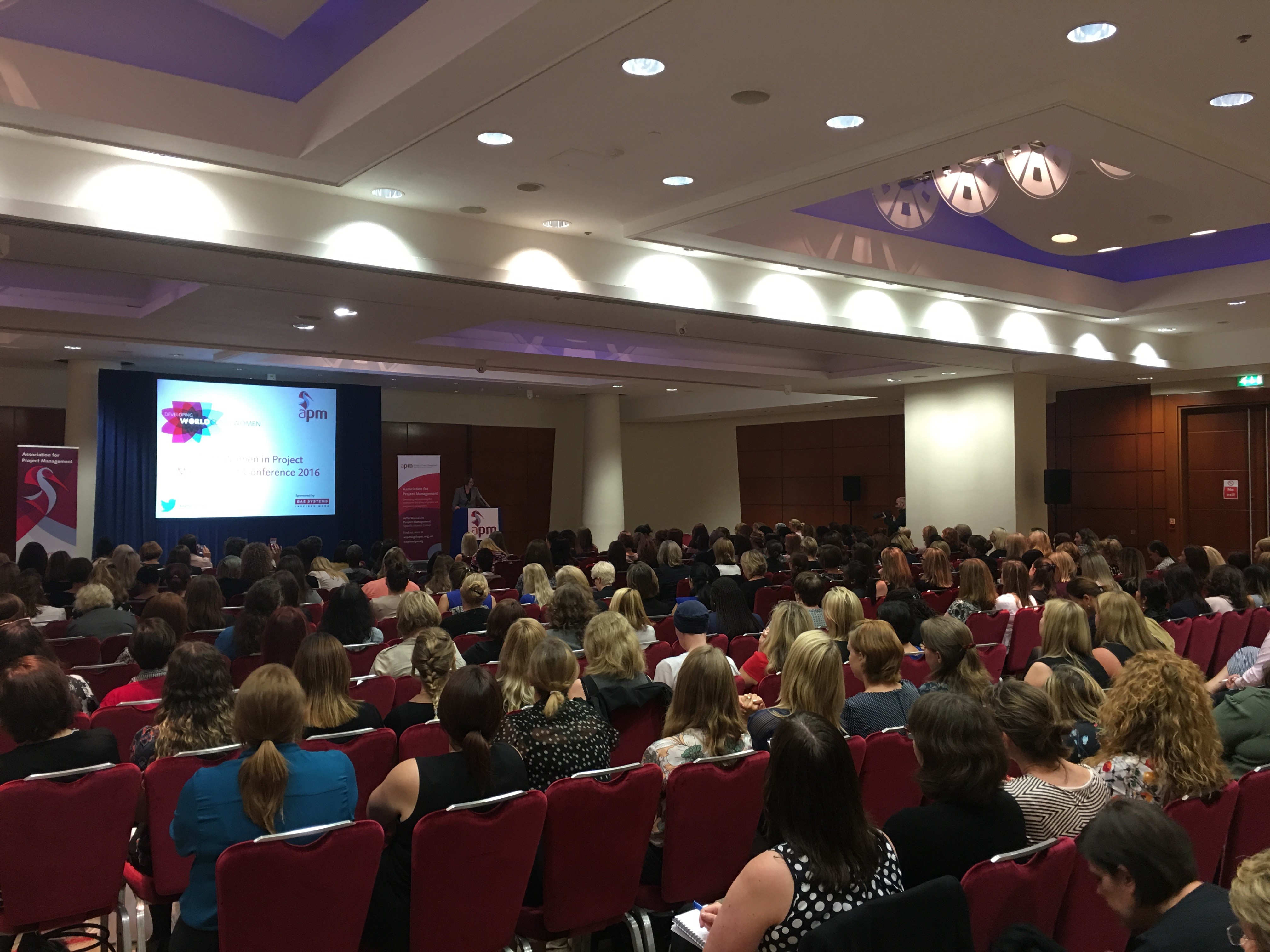 Thank you so much for inviting me here to your conference today.  Great to see so many of you here from many different sectors and at different stages in your career, all determined to go forward in your work.

Some of you will be very much a minority as a woman, some will be working amongst a "critical mass" of women but you are all still pioneers.  For my mother's generation the expectation was that

*education was wasted on a girl

These are all difficult questions which need to be worked through by women getting together and sharing strategies and experiences.

But the reality is that the future depends on women's work, in every region, in every sector.  And the future needs equality because that is modernity and meritocracy.  When you see photos of all-male line ups at the top of companies, companies which are employing women, selling to women, providing services to women, you know that they are old-fashioned, backward and missing out.

We had that problem in politics - when I was first elected in 1982 parliament was 97% men and 3% women which is how it had been since the 1950s.  When we changed that with 101 Labour women elected in 1997, we showed that we were for women as well as men and the other parties just had to start changing too.

And I wish I'd been at the afternoon sessions as I was specially interested in difficult conversations....I've had so many and avoided so many over the years.

When I was first in government in 1997 I had a terrific young woman Special Advisor.  One day she came back from one of the many meetings with special advisors across government where she was the only woman and said she was worried that she wasn't doing a good enough job for me because none of the guys would listen to anything she said in the meeting, but some of them asked her for a date afterwards.  She asked whether I thought she should give up her short skirts and tie back her long shiny black hair and try and look dowdy.  There was nothing outlandish about what she was wearing.  She was dressed as a woman of her age.  What was I to advise her? She wanted to be effective, it wasn't she who was the problem but the fact that it was an overwhelmingly male room.   Ultimately the only way past this is by numbers so that a young  woman in a room is not unusual abut the norm.

And in government I was constantly faced with the problem of when to make a fuss and when to let it go.  Too many rows and you find yourself ineffective and out on a limb, not enough rows and you find yourself ineffective as you just get walked over.  For a woman working in the man's world of work, that is a constant balancing act.   Especially as women often get labelled "difficult" in circumstances where the same action by a man would be regarded as pleasingly assertive.  At the time, when I was in government I thought I was having far to many rows.  Now I look back and think I wasn't having nearly enough.  I had more power and influence than I realised and that is very typical of women.

I've chosen to speak to you today about Equal Pay - or rather unequal pay. Why it matters and what can be done about it.  Probably the single best indicator of what's going on in an organisation in relation to equality is pay.

When we look at what men and women earn the scale of inequality more generally is laid bare.

You'll all be familiar with the pattern. Women and men start their working lives on nearly the same levels. But then, when they have children, her pay plummets and his goes up.  She might go part-time, and as she'll be taking the lion's share of responsibility at home she probably won't go for promotion.  She's earning less so he has to earn more -  so he goes for promotion and up the ladder.

And that is how the pay gap starts - and how it carries on.  Even when the kids have grown up and she's back to working full time, she never catches up.

Some will say well, you've said it yourself, she's busy at home, she's worth less and he's worth more.

But I think that's wrong. And it's out of date.

Women used to have many more children and retire, in not the best of health, by the time they were 60.

Look at the years of work now.  Many women starting work in their early twenties and will be working till they're nearly 70.  That's nearly 50 years.

When I was first an MP many of my constituents had families of more than 10 children.  Now they are most unlikely to have more than three.

And women's health was so much worse then than it is now.  Now women stay fit and healthy into their 60s and 70s.

And anyway even when she's working fewer hours I think it's wrong to judge the value of work by the number of hours worked.  I'm sure you'd all recognise the phenomenon of "presentism" - it's the opposite of absenteeism.  He comes in early, everyone sees his jacket on the back of his chair, he doesn't leave till 7 so he's got all day.  But she's gets it all done to leave at a fixed time to get home for the kids.  Each of his hours is most definitely not worth more than each of hers.

It's unfair for women to be locked at the bottom of the labour market, or stuck in work below their potential. And it doesn't make sense for our labour market, or any organisation, to waste the talent of its women.

So what can you do about it?

First is to look hard at your own organisation.  It's too easy to say the pay gap's awful but it happens somewhere else, it doesn't happen here.

It's only when you face up to it that you can start to do something about it.

In the Equality Act which we passed in 2010 we put in a clause which would require organisations with more than 250 employees to publish their pay gap.

There's been a bit of a time lag on this with the new government and its only going to become law in 2017 but there's no reason why organisations shouldn't go ahead now.  But it's crucial how you measure it and how you publish it.  You will need to comply with The Regulations which the government have drawn up but within that I think it's important that you publish and focus on one figure.

*which everyone in your organisation knows,

*which is published every year so you can see progress and

*which you can use to compare with other organisations in the same and different sectors.

It's bound to be dire when you first publish it but it will be a starting point and act as a galvaniser to discuss why it's men at the top and women lower down, why the part-timers don't get promoted, why men don't take parental leave or work part-time.  The first organisation that does it and does it really honestly and openly will be terrified of the criticism...but then will find it gets huge credit for being the first and others will be pressurised to follow suit.

And the point is not how bad your starting point is but the progress you make.

*So my first point on tackling equal pay is measure your pay gap and publish it every year.

*My second point is discuss and agree to set  targets for how much progress you expect to make in the next 12 months, the next 5 years.

*My third is don't mess around with the measurement - this is a long term quest and you won't keep the momentum if you keep changing the way you measure it.

*My fourth point is publish annually the % of men working part-time and the % of men who take parental leave each year and the number of men taking paternity leave and for how long for each year.    It will help women in your organisation be more equal if there's not so much gender segregation in working patterns - and it will certainly help the wives/partners of your male employees.

*My fifth point is audit your socialising/team-building activities to make sure that they don't work a treat for male-bonding but leave women on the margins.  Breakfast meetings just don't combine with dropping kids to school, events arranged around after-work drinks don't combine with children's bed-time.   An outing to the funfair and rides on a roller coaster is not suitable for pregnant women.

*My sixth point is bite on the bullet and take positive action - if a man and a woman are a dead heat for promotion, take the woman.

*My seventh point is don't forget older women.  The pay gap for older women is worse even than it is for women in their child-bearing years.  Sexism against younger women is now much more likely to be challenged.  But older women still seem to be expected to put up with jibes which are a combination of sexism and ageism.  There's still "banter" about hot flushes in a way that there'd never be tolerance of jibes about the "time of the month".

There's a different way of looking at men and women as they go through the different stages of our life.

First, he's in his 20s, young, bright, dynamic, thrusting forward and full of promise - he's in his prime

And then he's in his 50s and 60s he's a grey beard, a silver fox, wise, experienced, authoritative, mature - he's in his prime - again!

But here are the 3 ages of woman:

First, she's in her 20s, distractingly too young and pretty to be taken seriously

Then she's in her 50s and 60s and the children have left home but she's older - suddenly she's past it.

Men are always in their prime and we never seem to have ours.  It's about time we said, whatever age we are, our prime is now.

Finally I'd like to end with a word about mentoring, training, inspiring.  It's good for women to see other women to give them the idea that they can do it.  But the spirit of the women's movement was that you shouldn't wait to see another woman do it, you had to break new ground.  It's good to encourage and support women - but are we yet at the stage we can be role models.  I dread the idea that I'm a role model to younger women MPs, I don't want them to make the blunders I made, suffer the maternal guilt I did, get sacked twice - I want them to be far more tranquil in their work/life balance and make far fewer mistakes.  I want them to do better than I was able to.  Support and encouragement, yes, but role models is a conservative notion that embodies the idea that you do the same as women who came before you.  I want you all to do better than my generation, to do it your own way, to press forward with the quest for equality.

And I hope that your discussions today will help you go back to your organisations and press on with it.