Calling for a moratorium on cuts to police numbers in Southwark-

This afternoon I met with Home Office Minister, James Brokenshire MP, Parliamentary Under Secretary for Crime Reduction to call for a moratorium on cuts to police numbers in Southwark.

In 2002 I set up the “Southwark Police 1,000 Campaign” to work together with councillors, tenants and residents associations and local community groups to increase the number of police officers in Southwark to over 1,000.

But between January 2011 and last month the number of police officers in Southwark fell from 1071 to 1028.  People in Southwark are very concerned.   The Government must stop the cuts in police numbers. 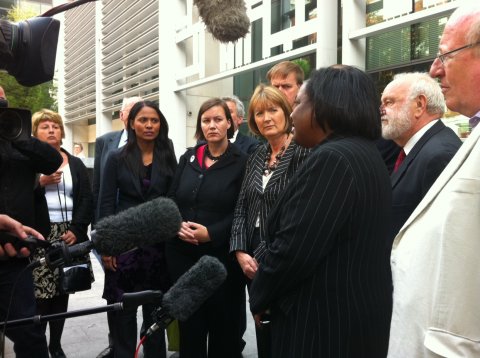