At the same time police officers are being forced to reapply for the jobs Boris Johnson has increased the number of City Hall staff on six-figure salaries from 16 to 28. Last week the Conservative Mayor approved a 30% and a 50% salary increase for two of his closest advisers.

“Police officers should be spending their time on the streets catching criminals and making our streets safer, not filling in application forms for their own jobs. These are some of the most experienced officers and rather than backing them, they are being threatened with the sack.

“This is the latest example of how out of touch the Conservative party is.

“Today we’re launching a campaign to save our sergeants. Over the next ten months I’ll be working with every one of Labour’s London Assembly candidates to protect frontline police officers from Tory Boris Johnson’s cuts.”

"It’s time for Conservative Boris Johnson to reverse his decision to cut 300 sergeants. They do a fantastic job often in very tough conditions.

“Today marks the start of a major campaign to save our sergeants by one of the strongest and most diverse group of Labour candidates we have ever fielded in London. I’m proud that of our 25 Assembly candidates, with 14 women and 10 Black and Ethnic Minority candidates. 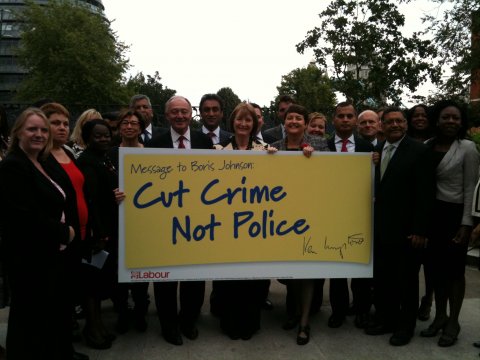