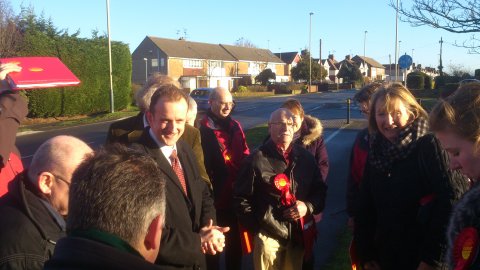 On Saturday Labour held a cost of Cameron campaign day across the country to highlight the fact that  since David Cameron became Prime Minister real wages are down £1,600.
I joined Mark Dempsey, Labour’s candidate for North Swindon, on the doorstep of St Margaret ward. We were joined by Cllr Jim Grant and Chris Watts to discuss with local residents the impact of rising fuel bills, childcare costs and rail fares.