Since Boris Johnson was elected, Southwark residents have faced higher fares and cuts in the number of police on their streets, with the price of a single bus journey by Oyster up 44% between 2008-2011 and Southwark facing the loss of at least 50 police officers in the next two years.

We all worked hard on the "Southwark Police 1,000 Campaign" to increase police numbers from 775 officers to 1071 officers.  Now Boris Johnson's decisions mean Southwark is facing the loss of police on the street.

Boris Johnson's decisions to raise bus, tube and rail fares year after year are squeezing the living standards of people in Camberwell and Peckham. The increase in the price of a single bus fare by 44% in just three years is completely unfair.

We need Ken Livingstone in City Hall.  Ken will be a Mayor who will put the interests of the majority of Londoners first. 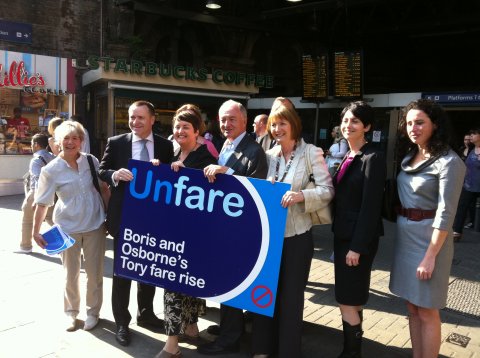