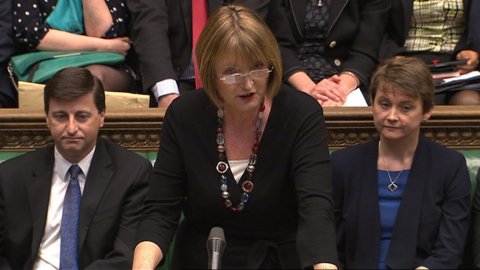 New figures published by Labour this week show that since the last election the cost of childcare has gone up five times faster than wages and there are 578 fewer Sure Start centres with reduced service levels. I challenged Nick Clegg on this record at Deputy Prime Minister’s Questions today.

In contrast to the Government which has done nothing to support families over the last three years, Labour’s plan would:

Ms Harriet Harman (Camberwell and Peckham) (Lab):
There is widespread recognition now about the importance of child care, but it needs to be high quality, accessible and affordable for working parents. Will the right hon. Gentleman confirm that since he became Deputy Prime Minister, the cost of child care has gone up five times faster than wages, and that for every week that he has been Deputy Prime Minister, three Sure Start children’s centres have closed?

The Deputy Prime Minister:
On both counts wrong, and I strongly urge the right hon. and learned Lady not—[Interruption.] No, categorically wrong: 45 Sure Start centres have closed since 2010, which is 1.2% of all Sure Start centres. She must stop peddling these misleading statistics about the closure of Sure Start centres. She is also wrong about costs. In fact, the dataset used by Labour shows that child care costs increased by 46% between 2002 and 2010.

Ms Harman:
The right hon. Gentleman’s answer is not even consistent with the Government’s own figures on Sure Start children’s centres. More importantly, it is not consistent with the experience of people in their own communities and of hard-working parents who have seen not only children’s centres close, but those remaining having their hours cut, their staff cut and their services cut. Nobody is going to be impressed by his posing as the champion of child care. The truth is that after all the progress on child care when we were in government, working parents are now finding it even harder to get the child care they need.